Beyond the Big Screen 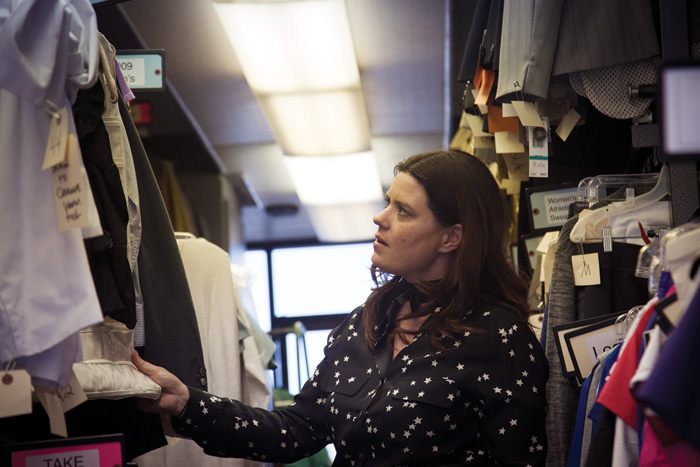 Massachusetts native Kristin Achtmeyer ’06 didn’t realize where her true passions lay until her junior year. Always having had an interest in film, TV and production, she traveled to London for a study-abroad experience and came back with a plan.

“I went abroad and took a bunch of film classes that intrigued me. I took a few classes in costume design when I returned,” says Achtmeyer, a former Red Devil women’s lacrosse player and women's studies major. After careful consideration, knowing that the entertainment industry is often a male-dominated industry, she embarked to Los Angeles and set her sights on producing and assisting on student films.

Achtmeyer began working as a costume designer on TV shows and short films in 2007. Under titles like key costumer, assistant costume designer and set costumer, she is credited among dozens of network TV shows and TV movies, including Agents of S.H.I.E.L.D. and American Crime Story. On the big screen, her work includes The Hunger Games: Mockingjay, Parts 1 and 2 and Rock of Ages. She was also part of the costume team that took home the Emmy for Outstanding Costumes for a Series for American Crime Story: The Assassination of Gianni Versace. As a key costumer, she is responsible for taking the designer’s vision and creating that same tone throughout the cast. When she’s on set, she’s checking the actors’ clothing and keeping continuity between often out-of-order scenes.

Of the many projects she’s worked on, being part of the costume team for Amazon’s adaptation of F. Scott Fitzgerald’s The Last Tycoon is a point of pride for Achtmeyer. “It was set in 1930s Hollywood, and it was pure glamour and fashion of that era, which was amazing to work with and see come to life again,” she says, noting that she accompanied Janie Bryant, the costume designer from Mad Men, on that project. “I was able to dig deep into research and learn how people dressed back then. It becomes a research experience, which is what inspires me the most.”

Reflecting on her varied career, Achtmeyer says Dickinson’s liberal-arts education helped her explore many facets of subjects both within and outside of her major. “I was fortunate to go to a school where I could explore all areas—political science, history of film and TV—before finding my focus.”