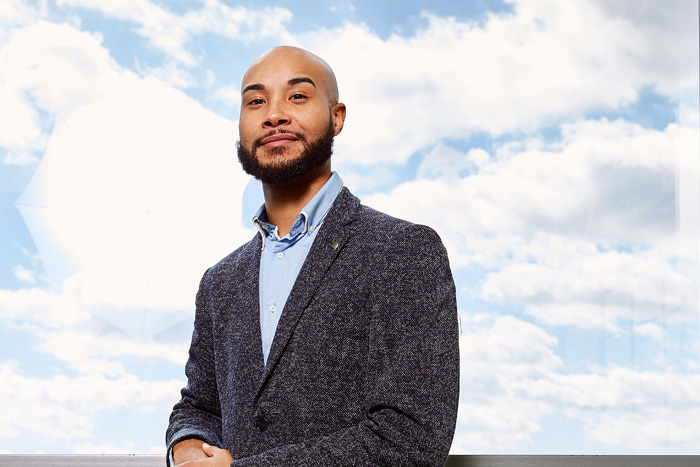 At an institution where 70 percent of the faculty/staff is white and all students are of color, it became apparent that a KIPP College Preparatory school in the Bronx needed to make some adjustments. Anthony Bush ’11 took advantage of the opportunity, designing a 15-page proposal arguing for a school curriculum rooted in social-justice education. After his proposal was approved by the school board, Bush took on the role of diversity, equity and inclusion coordinator.

“I’ve always had a passion for social justice, but having the opportunity to explore these issues at Dickinson was eye-opening,” says Bush, a Posse Foundation scholar who graduated with a major in American studies. “I was driven by exploring issues related to race, gender and sexuality, so this interest was certainly a catalyst for proposing and designing my current position [at KIPP].”

For his courses, Bush determines the class objectives by having his students “think through a lens of fluency.” This means figuring out where they are in their understanding of things like heteronormativity, gender pronouns, misogyny, etc., and then designing lesson plans to explore these topics. The aim is to challenge students to think about how power, privilege and oppression impact their own identity, while also breaking down cultural stereotypes.

To measure course success and student learning, Bush employs traditional assessments, but he also uses more creative approaches, such as experimentbased projects, professional development seminars and social-justice activism (where students are tasked with designing their own project pertaining to issues explored in the class).

Bush is committed to making a difference through social-justice programming around the country. “In the future, I might open up a nonprofit and serve as a consultant for schools to determine effective equity and engagement programming,” Bush says. “But at this point, the world is my oyster.”