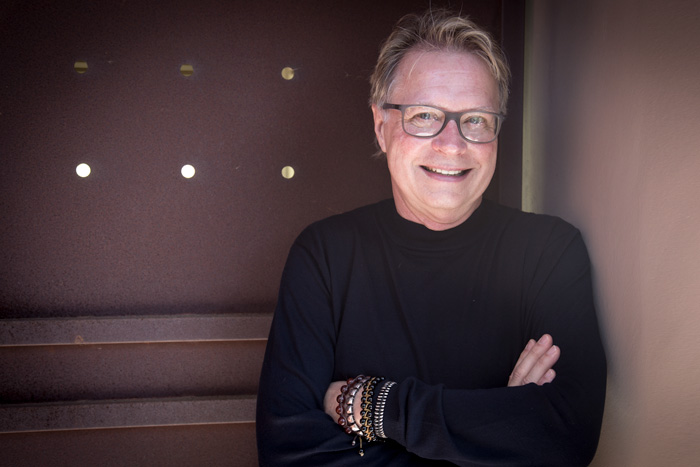 How do you design a pop-culture moment? For Vincent Paterson ’72, a Dickinson theatre grad and globally renowned choreographer-director who orchestrated some of the most iconic pop-music moves in the 1980s and ’90s, it’s a blend of alchemy, skill and empathy—often, with a sprinkle of research.

Paterson begins by playing the music over and over again. The rhythm is secondary to the melodic lines and tonality—rather than simply counting out beats, he might tap into the linear sigh of a cello or the angular squeal of an electric guitar.

Usually, he feeds his imagination with research, leafing through collected clippings or clicking through websites. Once, choreographing the 1996 movie Evita, he took six months of Argentinean tango instruction before creating a step.

But there’s not always time: With less than three weeks to choreograph Madonna’s Blonde Ambition tour, Paterson accelerated his process by playing a song repeatedly each night before bed. The next morning, he woke up with a completed work in mind. For the 1996 movie The Birdcage, Paterson created on the fly, remaining on set throughout filming in case director Mike Nichols needed a bit of choreography to make a scene work. When actor Robin Williams asked Paterson to develop a funny bit for an upcoming scene, Paterson emerged 15 minutes later with the now-famous “Fosse! Fosse! Fosse!” routine.

Throughout the creative process, Paterson keeps the dancers’ unique physicality and special abilities top of mind, standing and moving as they would while he figures out their steps. Michael Jackson’s fluidity, Madonna’s bold sensuality, Williams’ overbubbling energy and Bjork’s flamboyant animalism call for radically different approaches, and Paterson adjusts accordingly. “I always want to make everyone look like themselves, but the most incredible version of themselves they can be,” he explains.

When the routine’s set, it’s time to teach. Paterson is meticulous, and because he prepares more material than he’ll need, he’s also flexible, cutting and adding as he goes.

The process is completed with the performance. “As artists, we create in a semi-vacuum, but we don’t want the work to stay there,” he says. “To create something the world has never seen before and know that it is being appreciated, you can’t ask for anything more, as an artist. There’s so much joy in that.”