An Education in Adaptability 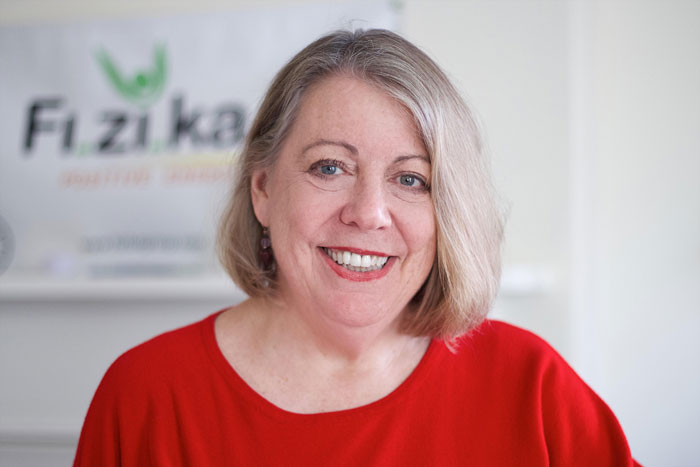 Dickinson’s liberal-arts education provided the fundamental knowledge base and capacity to learn that has helped me throughout my life. I credit Dickinson with giving me my ability to adapt as new technology, new markets, new roles, new challenges and opportunities commanded my attention.

My passion for entrepreneurship was ignited my senior year at Dickinson. Having studied in England my junior year and completed the requirements for my double major in English and theatre, I was encouraged to create a two credit off-campus internship at WLYH-TV in Mt. Gretna, Pennsylvania. about 55 miles east of Carlisle. My father loaned me a car and his gas credit card so I could drive the daily commute during my final semester at Dickinson.

The television internship taught me how to handle a studio camera, how to shoot, edit and create mini-documentaries that could be shown on the air. I produced a series of one-minute spots called “People Are Great.” I interviewed outstanding people whose lives were devoted to serving others. It also gave me the confidence to apply for an entry-level position at WHP-AM-FM-TV. In August 1977, I moved to Harrisburg where I began employment earning $3 an hour running a studio camera for the weekend news.

March 28,1979, my life changed forever. The Three Mile Island (TMI) nuclear plant 11 miles south of Harrisburg experienced a massive meltdown of its core reactor. I knew nothing about nuclear power when the accident occurred. At the beginning of the year, I was promoted to assignment editor. Responsible for determining how we were going to cover the local news during our hourlong evening broadcast, I learned crisis management, as well as the mechanics of nuclear power generation and the public policy surrounding this power source on the job. Two days after the incident, I recruited my former chemistry professor from Dickinson to go on the air and explain the significance of the soil samples he was collecting in his backyard, across the Susquehanna River from TMI. Accurate information was hard to come by when covering this unprecedented event. My liberal-arts training in problem solving and critical thinking was put to the test.

I left WHP in 1981 to join the administration of Pennsylvania Governor Dick Thornburgh as press secretary for the Pennsylvania Department of Insurance. I moved to Washington, D.C., in 1983 to serve as press secretary to the late U.S. Senator John Heinz. In 1984, I was appointed by Governor Thornburgh as associate director of his office in Washington, D.C., where we advocated for the adoption of Pennsylvania’s federal legislative agenda with our congressional delegation and the executive branch.

Committed to public service and wanting to understand more about the business of government, I enrolled in the mid-career master’s in public administration program at Harvard Kennedy School in 1986. There, I focused on economics and international trade and finance with an intent to return to Pennsylvania and work on economic and community development.

Following graduation, I moved to Pittsburgh in May 1988 to serve as director of economic development for the Pittsburgh High Technology Council and began a program to assist small and medium size manufacturers grow, the Southwestern Pennsylvania Industrial Resource Center (SPIRC).

In 1995, my family and I moved to Harrisburg when former Governor Tom Ridge appointed me as deputy secretary of the Pennsylvania Department of Commerce. I spent five years working with Governor Ridge and his cabinet to create new programs to support small businesses, international trade and technology development. The last two years, I focused on workforce development, culminating in a five-year plan for workforce investment that connected the process of helping people find jobs with the process of helping companies find qualified employees.

I retired from state government in January 2000 to better balance my role in supporting our daughter Kathryn who was diagnosed with learning challenges as she was failing second grade. As her primary tutor and advocate, I am proud to say that she graduated from Alvernia University in 2015 and works with me at Fizika. I founded Fizika in 2009 to help teachers learn how to apply the latest brain science so they can engage all learners through physical activity and creative play—including students who struggle with learning.

In January 2018, I launched a new social enterprise—b_Fizika LLC, a Pennsylvania benefit company whose mission is to advance physical literacy and brain health across the lifespan. Fizika Group is now a wholly owned subsidiary of b_Fizika. We provide training and technology to help vulnerable populations, such as Head Start students and seniors at risk of developing dementia, to prepare their brains for learning and to preserve their vitality.

Dickinson taught me to seize the day and make the most of my life. These invaluable lessons have equipped me with the confidence to explore new horizons and continually reinvent myself. I am currently enrolled at Lancaster Theological Seminary, where I am pursuing a master’s in divinity degree. I anticipate graduating in 2021. God willing and the bishop consenting, I hope to be ordained as an Episcopal priest as my final career move.

Dickinson prepared me well for a lifetime of learning and service.