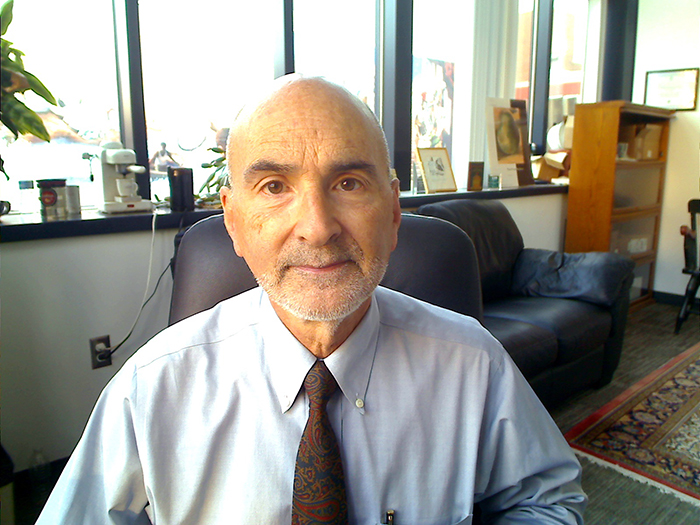 It's been called the "worst drug crisis in America's history." And since the Department of Public Health and Human Services declared that opioid overuse in America is a public-health crisis, professionals in the government and nonprofit sectors have grappled with how to wage war against it. This summer, as members of Congress prepared to review more than 50 opioid-related bills, they turned to a Dickinson College alumnus for guidance from the scientific front.

Wade Berrettini ’73, director of the Center for Neurobiology and Behavior, is a global expert on clinical and genetic predictors of addiction. On June 20, he presented related findings to the Congressional Neuroscience Caucus, a bipartisan conference devoted to issues related to neurological disorders and mental illness.

‘drawn to the mystery’

Berrettini majored in philosophy and chemistry at Dickinson. After his father, a doctor, taught him to take vital signs, he volunteered at a Carlisle Planned Parenthood clinic, and he says that this experience—combined with an absorbing advanced chemistry course—confirmed his interest in medicine. After graduation, Berrettini enrolled in Thomas Jefferson University’s medical school.

“I was drawn to the mystery of how the brain works,” he remembers, “but even as I was finishing medical school, I was uncertain about neurology and psychiatry.” After earning an M.D., Berrettini enrolled in a Ph.D. program in pharmacology, also at Thomas Jefferson, and by the time he’d finished his studies, his calling was clear.

For 10 years, Berrettini studied the genetics of behavioral disorders at the National Institute of Mental Health. Then he joined the Center for Neurobiology and Behavior, an interdisciplinary research center at the University of Pennsylvania focused on biological influences on brain disorders, and on the ways that psychotropic drugs work in human patients. He’s led the center since 1997.

Berrettini has published more than 400 papers in peer-reviewed journals; his work centers on compounds that can be used to treat cocaine addiction and on genetic predictors of psychotic illness, epilepsy and addiction. This includes research zeroing in on genetically based susceptibility to opioid addiction—a topic he began to investigate some two decades before the phrase “opioid crisis” entered the national conversation. He estimates that he devotes approximately 80 percent of his working life to research, while also maintaining a private practice and teaching psychiatry at Penn’s Perelman School of Medicine.

Science to the rescue

Berrettini was invited to organize a panel on opioid-addiction science by Congressional Neuroscience Caucus co-chairpersons Cathy McMorris Rodgers (R-Wash.) and Earl Blumenauer (D-Ore.). The event was presented by the American College of Neuropsychopharmacology and the American Brain Coalition, which teams with the Congressional Neuroscience Caucus to host and organize events centering on developing and promoting legislation to advance neuroscience research and build awareness of related issues.

Berrettini emphasized that opioid addiction is a chronic brain disease, typically punctuated by brief periods of abstinence and relapses triggered by drug cues and life stresses, and that most successful treatment involves ongoing, long-term counseling, careful monitoring and medication, such as methadone or buprenorphine. His findings indicate that while the connection between the genotype and phenotype is not yet well understood, and while there are other factors at play, multiple DNA sequence variants do signify increased risk of opioid addiction. Using new tools to sequence human genomes and new techniques to screen genetic compounds, he’s working to develop a genetic profile of those at high risk of opioid overuse.

Asked if the outlook is good for chronic-pain patients who are predisposed to opioid addiction, Berrettini noted that as novel medications and safer classes of opioids are developed—and as health-care professionals, public officials and members of the general public better understand the disease—outcomes are expected to vastly improve, perhaps within the next 10 or 20 years.

“So yes, the long-term outlook does look hopeful,” Berrettini said, speaking by phone a few weeks after his presentation to the Congressional caucus. Still, when asked what advice he would give to a student interested in entering his field, he injects a healthy note of caution, borne out of decades in the lab.

“It’s very important to understand that in this field, you must be comfortable with uncertainty, and with less than perfect data,” he says. “It’s a long journey.”