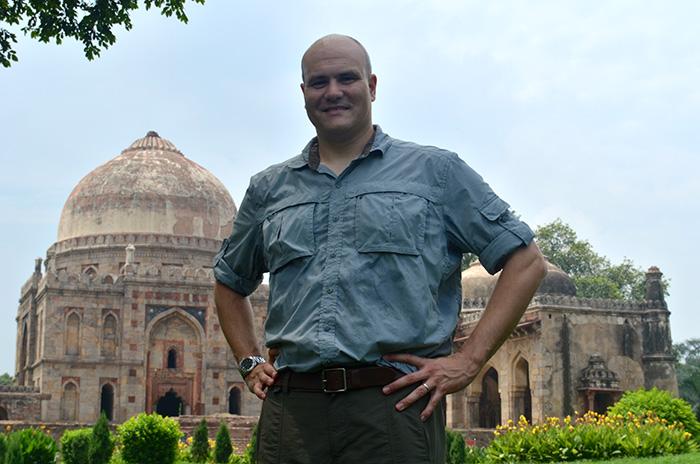 What I love most about what I do: Living in India and working with soldiers from around the world. Soldiers share a camaraderie that can transcend national politics, and it's great to see how much we have in common.

Favorite activity/organization at Dickinson: Outside of the classroom, it was Army ROTC and theatre/improv. That I could do both is a testament to the truly liberal-arts nature of Dickinson.

Accomplishment I was most proud of at Dickinson: Co-founding the comedy improv troupe Run With It!, which started as a guerrilla organization and has now become a permanent and recognizable facet of Dickinson life.

Accomplishment I am most proud of today: Having served in the U.S. Army for over 18 years. I have been a part of one of the most dedicated organizations on earth and have served in peacekeeping operations and as an ambassador for our country around the world.

What "develop a global sensibility" means to me: Patiently seeking commonality while being comfortable in a completely foreign environment.

How I chose Dickinson: I wanted a small school with a sense of community where a single student wouldn't get lost in the crowd.

Favorite professor: Professor Fratantuono [International Business & Management]. From my first day in Econ 101, his enthusiasm for the subject—and more importantly for teaching—had me hooked on economics. Later, during my senior year when he was advising me on my honors project, he really encouraged me to explore my interests in game theory and defense economics. He really knew how to let students explore their interests without losing sight of the learning objective.