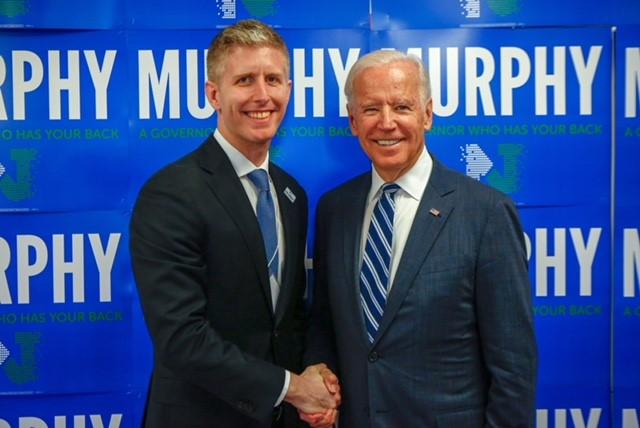 Catching the political bug after taking Dickinson’s U.S. history survey course, former history major Joseph Kelley ’06 entered New Jersey’s political arena. After serving as a political consultant and as deputy campaign manager and finance director for Murphy for Governor, he was appointed deputy chief of staff for economic growth for the State of New Jersey.

Having the Dickinson liberal-arts education has been incredibly useful for my career in politics. You need to be able to write, think on your feet, persuade people and have a solid understanding of a variety of disciplines. I use my degree every day. In politics, you have to be able to absorb information quickly and translate it into a cogent argument before the other guy.

I took as many classes from [Associate] Professor [of History] Matt Pinsker as I could (I think eight or nine, including a summer study and my thesis). That was my favorite academic activity. Otherwise, I was at the Sigma Chi house, or running around Europe during my time abroad.

The year abroad was a big deal for me. Going to Norwich, England, threw me out of my comfort zone in a good way. The year across the pond forced me to absorb a global perspective on culture and politics, and I made new friends. All that was hugely needed. Going to a country where life is a bit similar to home, but where there are still some sizable differences that jut out of the water unexpectedly (e.g. the English class system or the English reserve) makes for an interesting experience.

I’m active with my friends and some professors. I also give money, which everyone should do.

I never thought I would get involved in politics. I was pretty convinced I was going to Wall Street when I was done with school. (Yes, I’m aware of that painful cliché.) At that time, there was a lot happening post 9/11 (e.g. Iraq, Afghanistan and a general sense of unease at home). I grew up in a pretty civic-minded household and really started to get the political bug when I took Professor Pinsker’s U.S. history survey—which I only took for the writing requirement! I guess current events and the liberal-arts focus pushed me out of my comfort zone, and then Pinsker infected me with the political bug. That guy probably owes me a beer after all the nonsense I have had to endure.

I work with the governor of New Jersey and help to advance his economic-growth platform. That basically means I help troubleshoot large economic-development projects for the state, help market the state to businesses and deal with a variety of priorities (from cannabis legalization to transportation issues) that would have a large economic impact.

Before this gig, I spent about 10 years working as a political consultant. It is a very cool feeling to work on a winning campaign. Elections are a blast, and helping to get someone across the finish line is really exhilarating.

I don’t really think that way, but I hate driving with a passion—I drive about 25-30 hours a week.