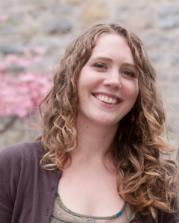 Kathryn McNamara ’11 had stopped to buy chicken skewers at a street market in Bandung, Indonesia, when a crowd of teenage boys approached her. Their eyes widened as they struggled to reconcile her long dress and black headscarf with her freckled skin and blue eyes.

“Miss,” one of them asked her in Indonesian, “where are you from? Are you Turkish or Arabic?”

Several weeks into a one-year appointment as a Fulbright English teaching assistant, it was a question McNamara was already used to answering. “I’m American, from Washington, D.C.,” she said. “Near Obama and the White House, and I teach English at an Islamic school in Cijerah.”

Next came a tougher question.

McNamara’s answer would cut to the heart of why she came to Indonesia after graduating from Dickinson with a double major in international studies and Arabic. From her first days at Dickinson, she knew she wanted to make an impact on the world. “It was really the ‘engage the world’ philosophy that cemented Dickinson as my first-choice school,” she recalls. “I knew that I wanted to focus on international studies.”

The only question was how to use her studies to make that impact.

McNamara’s first clue came during the summer after her first year on campus, when an internship at the U.S. Department of State Foreign Service Institute’s Sub-Saharan Africa office helped her develop an interest in diplomacy and learn more about Islam. But the full answer would come nearly two years later, during her year abroad in Rabat, Morroco.

“That remains one of the most formative experiences of my life,” she says.

In addition to strengthening her skills in Arabic, McNamara developed strong ties with her host family, taught English to disadvantaged Moroccan students and volunteered for a women’s rights organization. That opportunity to immerse herself in the culture, rather than just study it, showed her exactly how she wanted to make a difference.

“My experience in Morocco cemented my desire to work toward a greater understanding between the United States and the diverse regions of the Islamic world,” McNamara explains. “That’s why I applied for the Fulbright scholarship to Indonesia.”

Faced with the Indonesian boy’s question more than a year later, McNamara didn’t need to worry about how she would explain what a non-Muslim American was doing in Indonesia. She’d already had plenty of experience building bridges between Islam and the West, and this was an opportunity to build another.

“No, I’m not Muslim,” she told the group of boys. Then she spoke about her admiration for the Islamic faith and explained that she wears the headscarf as a sign of respect to her students and the teachers with whom she works.

“They accepted this explanation with delighted smiles, and I smiled as well,” she recalls, smiling again as she thinks back on the small but important moment of cultural exchange. “This is why I’m here.”