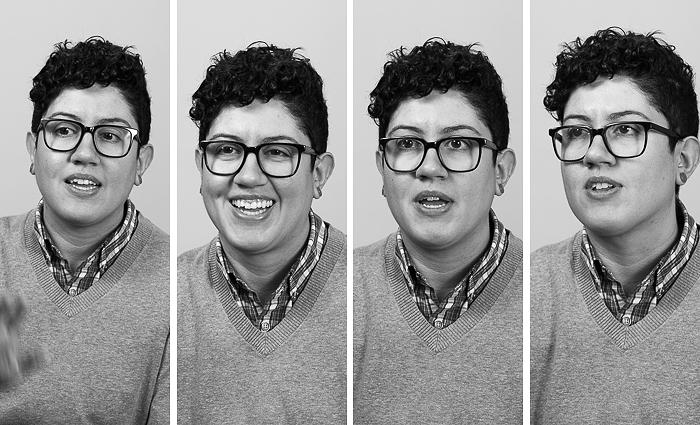 Assistant Professor of American Studies Marisol LeBrón discusses how racism, debt and a colonial relationship with the U.S. affect Puerto Rico's recovery in the wake of Hurricane Maria.

The U.S. government’s response to Hurricane Maria’s devastation of Puerto Rico has been the subject of widespread criticism, including your own. What does that response say about the nation’s relationship with the Commonwealth?

Hurricane Maria has really shown how the relationship between the U.S. and Puerto Rico is one that is still very much marked by colonialism.

When President Obama signed the Puerto Rico Oversight, Management, and Economic Stability Act, or PROMESA, into law during the summer of 2016, PROMESA installed a fiscal control board to oversee the island’s finances. With virtually no local input, the control board was given the power to override the commonwealth government and implement austerity measures in an effort to reduce the debt. As a result of PROMESA, the local government was extremely limited in how it has been able to respond to Hurricane Maria because the control board must approve the allocation and disbursement of funds. All decisions regarding how Puerto Rico’s infrastructure will be rebuilt will have to be made in consultation with this board, which, ultimately, is in place to make sure Puerto Rico’s debt is serviced. Hurricane Maria demonstrates just how limited Puerto Rico’s self-governance is and how much power the U.S. has to affect daily life on the island.

The lackluster federal response to the devastation caused by the storm also demonstrated the limitations of Puerto Rican’s claims to citizenship rights. Ironically, this year marked the 100th anniversary of Puerto Ricans’ status as American citizens, yet nearly half of all Americans surveyed had no idea Puerto Ricans were citizens. The perceived racial, linguistic and cultural “foreignness” of Puerto Ricans, which for many negates their “Americanness” and claims to citizenship, is part of what shaped the incredibly unequal attention and aid that Puerto Rico received in comparison to Texas and Florida. The federal government’s slow response following Maria and weak aid package only solidified Puerto Ricans’ second-class American citizenship and the island’s on-going colonial status.

You’re one of the creators of the Puerto Rico Syllabus. Tell us about that, and why you became involved.

The syllabus grew out of the work being done by the Unpayable Debt Working Group at Columbia University, which examines the harm caused by debt and debt repayment policies around the world. The group wanted to produce a series of syllabi that would help people understand some of the most urgent debt crises occurring now, including in Detroit, Greece, Argentina and Puerto Rico. My colleague Yarimar Bonilla (Rutgers University) volunteered to start working on a syllabus for understanding the debt crisis in Puerto Rico and invited Sarah Molinari (City University of New York) and myself to participate.

The syllabus brings together a range of key primary and secondary source documents about the Puerto Rican debt crisis. We wanted to create a resource that could draw in the widest range of people with varying levels of knowledge about Puerto Rico in the interest of educating them about effects of the debt, as well as the various policies and initiatives aimed at addressing it.

While we wanted to bring together resources that helped people understand things like bonds and tax havens, we really wanted the syllabus to focus on how the debt crisis is being experienced and felt—what are the cultural ramifications and manifestations? The pure economics of the situation is one way to think about and understand the debt crisis, but it’s not the only way.

In the aftermath of Hurricane Maria, we feel like our work with the syllabus is more necessary than ever. It’s very clear to us that Hurricane Maria was so destructive precisely because of Puerto Rico’s debt. For instance, severe austerity measures imposed on Puerto Rico’s power authority prevented necessary repairs and upgrades to the grid, leading to widespread, long-lasting power outages for thousands of Puerto Ricans. The hurricane’s aftermath shows what happens to a society forced to put debt repayment above the needs of the people—it shows how debt can become deadly.

We’re working on an update to the syllabus with information about the hurricane and its connections to the debt crisis. We’re hoping to release this update soon.

Your forthcoming book, Policing Life and Death: Race, Violence and Resistance in Puerto Rico, looks at policing through the lens of race. Do the problems surrounding race and policing in Puerto Rico have similarities to issues involving police and race in other parts of America?

One of the things that I try to show in my book is that while Puerto Rico’s ongoing colonial status played a role in how and when punitive governance developed there, we can’t isolate Puerto Rico from larger global trends. In other words, just because Puerto Rico has a somewhat unique political status, to put it euphemistically, doesn’t mean that we can’t learn from what is happening there or see connections between Puerto Rico and other places.

Puerto Rico provides a clear example of how governments around the world, including the U.S., increasingly rely on policing, incarceration and enclosure in order to manage the populations most affected by racial and economic inequality. Across the globe, punitive policing and the warehousing of “troublesome” populations in prisons have emerged as central functions of governance aimed at discouraging social activism and managing growing social polarization.

While patterns of police impunity and abuse seem to be growing as a major source of concern and contention around the world makes the political future seem incredibly bleak, I think there’s still a lot to give us hope. Black Lives Matter activists have become a global model and inspiration for how to reorient our understandings of justice and safety in a way that doesn’t value some lives at the expense of others. I think you see something similar happing in Puerto Rico where state repression has had the effect of inciting marginalized populations into forms of creative and sustained resistance against the vulnerability that effects their lives.

You teach a course called Black and Latinx Intersections. What makes this course important now? What do you want students to take away?

This is a course I developed as a postdoctoral associate at Duke University last year, and I’m very excited to bring this course to Dickinson. It grew out of a frustration I’ve felt over the resurgence of a problematic discourse that crudely boils down to “blacks versus Latinos.” In other words, blackness and Latinidad can only be viewed in relation to one another through a lens of conflict.

For instance, Donald Trump during his presidential campaign suggested that “illegal” immigration was bad for black America and positioned his administration’s efforts to crackdown on undocumented border crossing and build a wall as part of his “New Deal for Black America.” Trump’s statements demonstrate the very limited understanding of both blackness and Latinidad that many Americans possess. Blackness and Latinidad are often framed as mutually exclusive, erasing the lived realities of Afro-Latinx people in the Americas. Similarly, the experiences of undocumented black immigrants from Caribbean and African nations are erased by collapsing black with African American. In the course, I try to push students to think about how black and Latinx circulate as racial identity markers that carry a whole host of assumptions about who belongs to each category, what they look like, where they come from, and how these blackness and Latinidad are thought to relate or not relate to one another.

In the course, we read historical and sociological texts that decenter sensationalistic accounts of black and Latinx conflict. I ask students to focus on what interactions between African Americans and Latinx groups illuminate about race and power relations in the U.S. at different historical moments and in different regional contexts. While we don’t shy away from looking at tensions that have arisen between African American and Latinx groups, we focus special attention on moments of interracial coalition when these groups have labored alongside one another to create a more just society.

Simon, Jonathan. Governing Through Crime: How the War on Crime Transformed American Democracy and Created a Culture of Fear. Oxford: Oxford University Press, 2007.