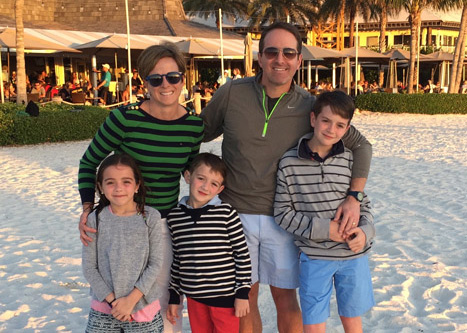 “I had a great experience at Dickinson and was fortunate enough to attend on an ROTC scholarship, so most of my tuition was covered by the U.S. Army— otherwise, Dickinson would have been unaffordable for me.  I hope that through my support, other prospective students who may not be able to afford Dickinson will have the opportunity to attend.”

—Brian Dorfler ’97, pictured with his wife, Christine, and their children (from left) Maeve, Ryan and Gavin 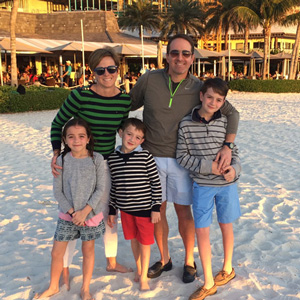 Brian Dorfler ’97 came to Dickinson because he wanted to study Latin while doing ROTC, and he was impressed with both programs at Dickinson. While he wound up majoring in English instead of Latin, he did not regret his choice.

Chief among his favorite experiences at Dickinson was the opportunity to study abroad at the University of Stirling in Scotland. “I remember needing to get special permission to take a semester off from my military commitments,” he recalls, “but the experience of living abroad in Scotland, studying at an international university and traveling across Europe with some Dickinson classmates made it all worth it.”

That, combined with his coursework and activities at Dickinson, gave Dorfler a global mindset and an intellectual curiosity that has served him well in his career—first in the U.S. Army and then at NBCUniversal. Currently, he is the company’s senior vice president of human resources, leading HR for nearly 6,000 employees.

Outside of work, he spends most of his time with his wife and three kids, ranging from 6 to 13 years old, but when he can find the time, he enjoys running, skiing and golf. In addition to supporting the college at the John Dickinson Society level, he also is an active member of Dickinson’s New York Regional Council.