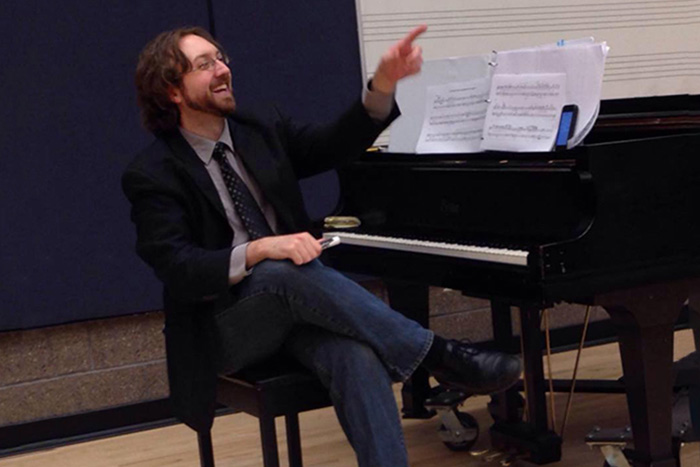 Life can get busy for composer and Contributing Faculty Member in Music Doug Buchanan, and when the time rolled around to submit a complicated application for a high-profile prize, he almost threw in the towel, given the odds. But something compelled him to keep going.

“Composers can be pretty stubborn,” he says.

Voice(s) of the people

Hailed for his "sense of creative imperative" (The Philadelphia Inquirer) and for music "filled with terrific orchestral color and weight, not to mention feeling" (The Baltimore Sun), Buchanan has taught music composition and arrangement at Dickinson, alongside veteran Dickinson composer Robert Pound, professor of music, for three years. He also teaches at the Peabody; directs music at St. David’s Episcopal Church, Baltimore; conducts the Maryland Choral Society; and is founding director of Voices Rise: A Baltimore Choir of Hope, which provides an artistic outlet for homeless Baltimoreans and others in need. He is the recipient of numerous awards, grants and commissions.

Dickinson audiences were treated to Buchanan's music last fall, when the composer performed his composition for solo organ—previously presented at the National Cathedral—in a historic Carlisle church.

The governor and the pilot 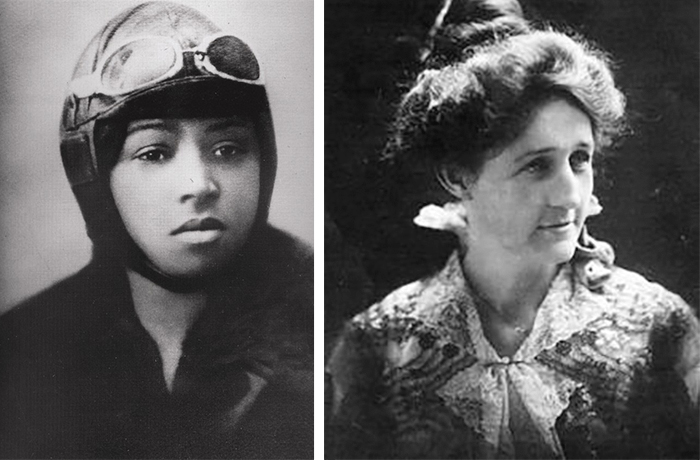 On learning that the current Sackler competition focused on opera, Buchanan invited a friend from grad school, vocalist Caitlin Vincent, to collaborate as librettist, and she agreed. Next came the dissertation-sized application.

Buchanan marked time points in the recordings of five original pieces—Batter my heart, three-person'd God  (2014), Prospero Variations (2014), The Green Fields of Amerikay (2016), Scots and Waters (2014) and Rorate Coeli (2016)—and submitted them as samples of his work, along with Vincent’s libretto summary and other supplementary materials. He was walking his dog when he received an email notification on his phone from the Sackler, and he says that while he had no great expectations, he opened it on the spot. He had to read the announcement several times before it sunk in that he’d won.

The forthcoming opera will celebrate Bessie Coleman, the first female aviator of color, and Miriam "Ma" Ferguson, the first woman to serve as Texas governor. Vincent will spend the next six months on the libretto, sending drafts and revisions to Buchanan from Australia, where she's studying. Then Buchanan will set it to music. The roughly hourlong chamber opera will be workshopped next August and premiered the following spring.

Asked how it feels to receive this substantial award, Buchanan admits it’s a tad surreal. “As a creator, you work and work, investing in the process and the product but not expecting the prizes,” he explains. “But it’s very validating to have your work recognized in this way.”