On Hope and Liberty 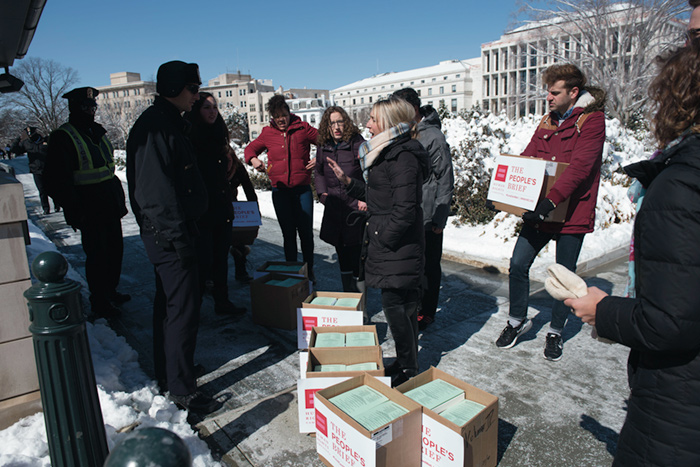 The image was simple—parallel lines inside a square—but it packed an ideological punch. Uploaded from Washington, D.C., it spread quickly on social media, and soon it was clear: A singular social sensation was born.

Today, that red equals-sign logo is the stuff of marketing legend and a symbol of the ways social media can build community and conversation around meaningful issues. It’s the brainchild of Anastasia Pfarr Khoo ’97, a nonprofit-sector superstar who harnesses her powers to help effect social change. 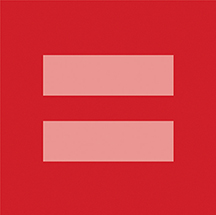 Khoo became interested in social justice as a teenager, watching her mother fight gender discrimination and advocate for equal pay. “Being a working mother in those days was difficult, but she always stood up for what was right,” says Khoo.

At Dickinson, Khoo learned to think creatively and critically—crucial skills for a future marketing maven—and graduated with a degree in history. She worked for two years at an educational organization before joining Greenpeace, one of the world’s largest environmental nongovernmental organizations. After several years as communications manager of its U.S. division (“a boot camp for me, in terms of working with the media”), she moved up the ranks to brand manager.

In 2005, Khoo took on a new cause as chief marketing officer at the Human Rights Campaign (HRC), the largest civil-rights organization devoted to lesbian, gay, bisexual and transgender issues. During the next 11 years, she stood on the front lines of LGBT advocacy at key moments, including the 2008 and 2010 federal decisions on the constitutionality of same-sex marriage, the 2008 “Proposition 8” vote and the 2011 repeal of the “Don’t Ask, Don’t Tell” military policy. She also saw sea changes in her industry, as social media revolutionized the way people communicate and connect.

Fast-forward to 2013: The Supreme Court was about to hear its first two marriage-equality cases, and as part of an awareness-raising campaign, Khoo altered the HRC logo—defying a cardinal rule in the world of professional marketing—by swapping out its yellow equals sign for a pink one and its blue background for red.

“Red is the color of love, and that’s what these cases were about,” she explains, “and I felt that this historic moment advocated trying something new.”

The risk paid off big: Millions of social-media users supplanted their profile pictures with the logo, according to Khoo (Star Trek actor/activist and 1997 Poitras-Gleim lecturer at Dickinson George Takei alone generated some three million likes).

She later followed this success with the 2015 #LoveWins hashtag, which was tweeted seven million times worldwide. According to Facebook, it was the biggest campaign in that platform’s history, and it caught on in every U.S. county—a major win. The victory was made even sweeter when the Supreme Court ruled in favor of marriage equality.

“It was amazing to create an echo chamber and start a conversation for good, and it was also a very beautiful experience, because our work not only helped to change hearts and minds—we were also changing lives through acceptance,” Khoo says, adding that hundreds of people contacted her office to thank the HRC for the campaign, some saying it gave them the courage to come out.

The work drew high honors, including PRWeek’s “Best Digital Campaign,” Mashable’s “Best Social Media Campaign,” and South by Southwest’s “Best Digital Campaign” and “Best in Show.” Khoo was named a PRWeek “Champion of PR,” an Ad Women of NY “Digital Innovator of the Year” and one of PR News’ “Top Women in PR.” She’s contributed to The Today Show, The Washington Post, The New Yorker and Stanford Social Innovation Review.

In April, Khoo returned to her environmental-activism roots, accepting a position as chief marketing officer at Conservation International, a global communications and marketing organization devoted to environmental causes. She’s also on the advisory board of BlueSky Investment Management LLC, a sustainably minded firm founded by Bud Sturmak ’95.

Speaking in late March, Khoo admits it’s an interesting time for campaigners as the nation and world adjust to a new presidential administration, but she’s encouraged by the renewed sense of energy and commitment she sees in Washington and beyond. She and husband Michael are also delighted to discover a budding progressive spirit in their young son, Dax.

“I have a lot of hope for the country and future generations,” Khoo says, noting that Dax has never known a world without a U.S. president of color, nor one where his parents’ gay and lesbian friends cannot be legal spouses. “This generation doesn’t have the same hang-ups or prejudices. It’s wonderful to see.”