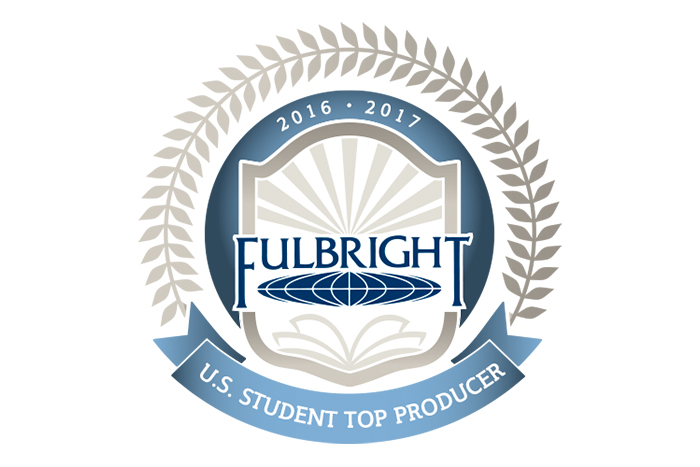 Dickinson was named a top producer of U.S. Fulbright students in 2016-17 by the U.S. Department of State’s Bureau of Educational and Cultural Affairs. In the category of Fulbright students from bachelor’s institutions, only 35 colleges received the distinction, including three Pennsylvania institutions: Dickinson, Haverford and Swarthmore colleges.

“Dickinson is proud of its long history of producing Fulbright students,” said interim President Neil Weissman. “After four years at Dickinson, our students are well prepared to be cultural ambassadors for the U.S. They possess an informed global perspective and a deep interest in shaping the world.” The Fulbright competition is administered at Dickinson through a Fulbright Program advisory team composed of faculty and staff.

The Fulbright Program is the U.S. government’s flagship international educational exchange program. Since its inception in 1946, the Fulbright Program has provided more than 370,000 participants—chosen for their academic merit and leadership potential—with the opportunity to exchange ideas and contribute to finding solutions to shared international concerns. Over 1,900 U.S. students, artists and young professionals in more than 100 different fields of study are offered Fulbright Program grants to study, teach English, and conduct research annually. The Fulbright U.S. Student Program operates in over 140 countries throughout the world.