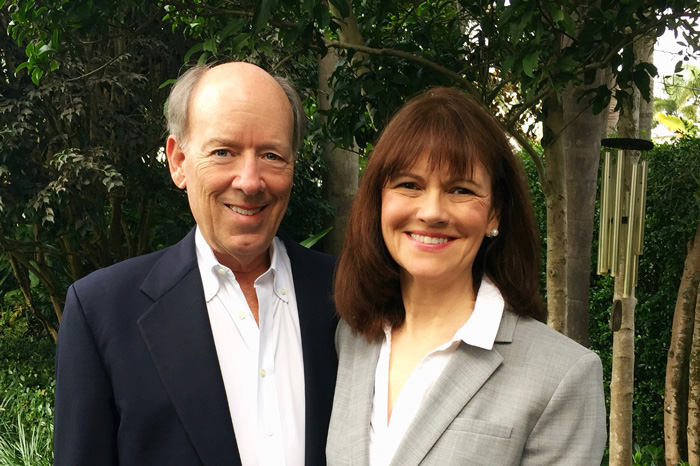 “It’s important to give back where you can and have that connection with your child’s school—instead of just being a passive observer. Going back to the Revolutionary War, Dickinson has been committed to preparing students to be global citizens rather than live in a bubble. We want to do whatever we can to support that vision.”

Jim founded an insurance company, which he sold several years ago, while Mary Beth built successful careers as a librarian and English teacher, taking time off to raise their children. Visited 12 schools when researching colleges with their daughter, Sara ’17, but Dickinson stood out because of the connections Sara was able to make with faculty and staff. Watched Sara develop as a music major and benefit from close mentoring relationships with faculty during her time at Dickinson, which included winning the college’s concerto competition and winning first place in her class in the National Association of Teachers of Singing (NATS) competitions in each of the last three years. Jim and Mary Beth joined Dickinson’s Parents Leadership Council and serve as admissions volunteers to stay connected with the college and help shape its future. Support Dickinson at the John Dickinson Society level because they believe in Dickinson’s mission of preparing global citizens through a useful liberal-arts education.