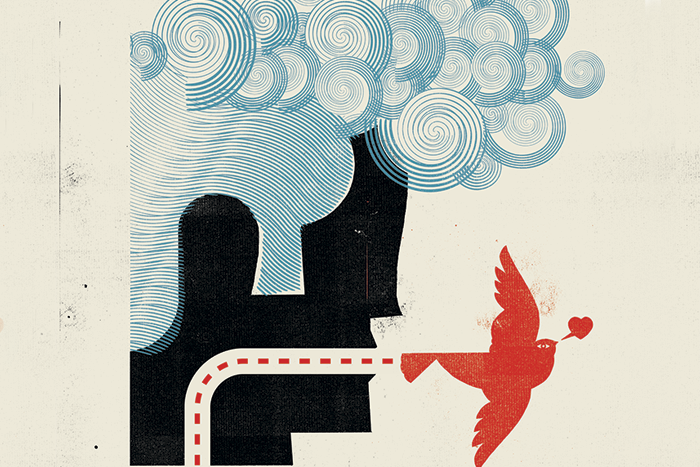 Many studies have shown that talent in music is often associated with math and science proficiency. Certainly that has been true in my case. In high school I sang in the chorus and girls’ octet, played clarinet in the band and considered a career in music. A wise counselor suggested that I keep music as an avocation but pursue a career in chemistry or another science, since I was unlikely to sing with the Metropolitan Opera and there were few options for singers at that time other than teaching music in schools, which did not appeal to me. So, off I went to Dickinson, where I majored in chemistry and minored in biology and math. I sang in the College Choir and played clarinet in the college band (there was one in the early ’50s). After Dickinson I enrolled at Bryn Mawr College to obtain an M.S. in biochemistry.

Near the conclusion of my master’s program, I saw an ad in the Philadelphia Inquirer for auditions for the Philadelphia Orchestra (PO) Chorus. I called and made an appointment, having not sung a note since my Dickinson days. Arriving at the Curtis Institute of Music for auditions, I noticed that other hopefuls were studying opera and other musical scores prior to their auditions. I had no such scores. Bill Smith, the associate conductor of the PO and director of the PO Chorus, asked me to sing “My Country, ’Tis of Thee.” He then asked me if I had ever studied voice. I confessed that I had not, to which he replied in his often gruff voice, “Well, you should!”

After that discouraging audition, I thought that joining this chorus was hopeless. But, to my amazement, I was accepted, thus beginning a long career of singing and recording with the PO and other orchestras. (I took Bill’s advice and studied voice for many years with a succession of excellent teachers, which enabled me to be a paid singer in two professional chamber choruses in Philadelphia.) When the PO discontinued the PO Chorus after two years, I followed Bill to the Mendelssohn Club (MC) of Philadelphia, which he directed for only one season. The chorus declined then but was reborn under the direction of Robert Page. I sang with MC for 22 years and served on the board for 14—my introduction to chorus management and administration.

In the meantime, after a successful career working on drugs acting in the brain (e.g., antipsychotics and antidepressants) at SmithKline and French Pharmaceuticals, I went back to Bryn Mawr to obtain a Ph.D. in biochemistry and neuropsychopharmacology. I always joked that I never let my scientific career interfere with my singing career; however, the reverse did happen. While completing my Ph.D., I was president of MC during its centennial celebration, which probably added two years to the completion of my degree! I then joined the pharmacology department at the Medical College of Pennsylvania, taught medical and graduate students, conducted research in neurochemistry and neuropharmacology and published papers, especially regarding neurochemical changes in the aging brain.

In 1982, MC was going through some hard times after Bob Page left Philadelphia. I was sufficiently frustrated that I gathered together some singer friends, and in one summer we founded the Choral Arts Society of Philadelphia (CASP). We made our PO debut in our very first season under the direction of Bill Smith. CASP is still going strong after 34 years. I served as founding president for four years and continued to sing with CASP for many years.

In 1990, I was elected to the board of Chorus America, the North American service organization for professional, volunteer, children’s and symphony orchestra choruses, on which I served for 11 years as secretary, vice president of external relations and vice president of member services. Chorus America has changed the landscape of the choral world. It has helped member choruses be more successful, artistically and administratively, and has advocated for the payment of singers to sing in choruses (as instrumentalists are paid to play in symphonies). When it was founded, there were only three or four choruses in the U.S. that paid singers. Today, there are 46 fully professional ensembles and many more choruses that pay a core of professional singers. Most professional choral singers, however, still must cobble together other jobs, such as teaching, singing as paid church soloists, etc., to make a living. I hope this will gradually change. Nevertheless, there are so many more options for professional singers now than there were in the ’50s. However, combining my scientific career with my avocational career was the right choice for me—both have been enormously rewarding.

Louise Hauer Greenberg ’54, trustee emerita, led a long career in research in neuropharmacology and gerontology. At the same time, she pursued her other passion—singing for the Philadelphia Orchestra Chorus and the Mendelssohn Club, later founding the Choral Arts Society of Philadelphia. She also served on six chorus boards and founded several. In June, she received Chorus America’s Distinguished Service Award for her work in advancing the choral field.