In the Game: Finding the Balance 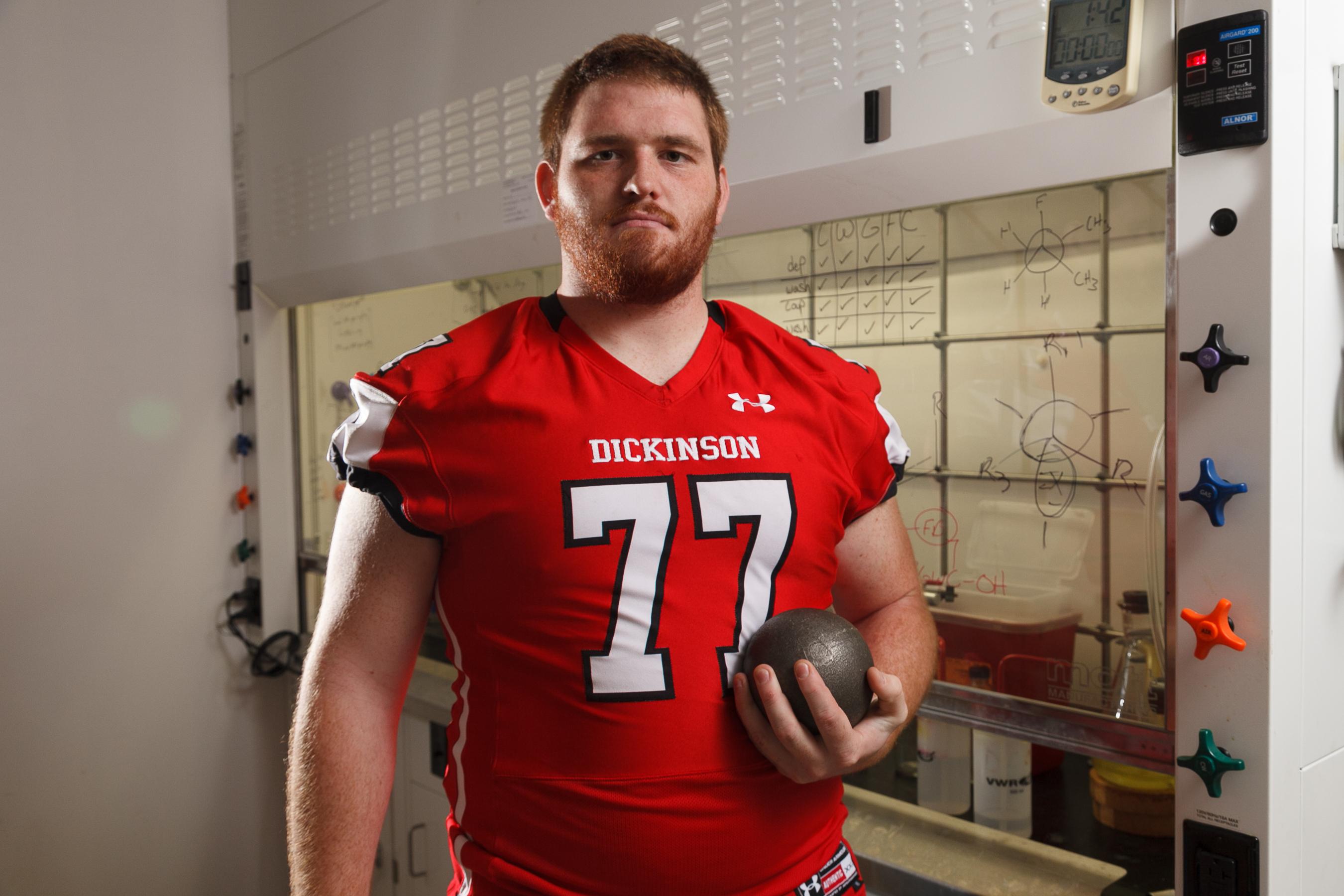 For two-sport student-athlete and chemistry major Gavin Harter '17, "education is obviously the most important part about college, but you have to enjoy the experience while you're here." Photo by Carl Socolow '77

Figuring out how to balance academics and extracurricular activities is just one challenge student-athletes often face. For Gavin Harter ’17, the balancing act between being a chemistry major, two-sport athlete and researcher isn’t easy, but “the busy schedule keeps me in line,” he says.

When it came to choosing a college, Harter says his decision to attend Dickinson was “mostly to do with football.” A football visit brought him to campus for the first time, when he met the coaches and decided he liked the school. In his first season as part of the team, Harter earned a starting role on the offensive line. During the 2014 season, he helped produce Dickinson’s first 1,000-yard rusher since 1992 and the team captured the Centennial Conference (CC) rushing title. This year, he is team captain.

“He is conscientious, organized and well-prepared. … Being able to play multiple positions in the offensive line made him a valuable member of our team,” says football coach Darwin Breaux. “Gavin has been a quiet leader on our team.”

In addition to playing football, Harter is also a thrower on the track and field team. He was second in the CC in both indoor and outdoor track and field in 2015 for shot put, but couldn’t compete junior year because of a football injury. When Harter isn’t out improving his own throwing skills, track and field coach Donald Nichter says he can be found helping other throwers, “a true ‘team-first’ student-athlete.”

Although athletics were his main reason for choosing Dickinson, Harter says he was also influenced by the opportunities provided by the small college atmosphere. “When I came on my visit, they did tell us that you are able to work closely with professors and get research experience,” he says. “I thought, ‘That’s great, … if you went to one of the bigger schools, there’s no way you could get one-on-one with a professor in their lab doing research.” Harter is currently conducting research alongside Assistant Professor of Chemistry Jason Gavenonis, who describes it as “really fundamental biochemistry that may impact the way new drugs are developed for neglected tropical diseases.”

As described by Harter, the research deals with an enzyme found in a parasite that causes Chagas’ disease. “The enzyme has a mechanism and a pathway that avoids the immune system. So it builds up and they can get in your heart and they can slow things down and cause all sorts of problems,” he says. “If we can inhibit that enzyme, it allows our body to fight off the parasite.”

“Gavin’s great in lab,” says Gavenonis. “He picked up all the standard lab techniques pretty quickly. What I really appreciate is the temperament he brings to the research as an athlete. Science doesn’t always work as planned, and having that flexibility to quickly change an approach to a difficult problem is an essential skill.”

After graduation, Harter anticipates diving into work. He isn’t sure whether it will be in pharmaceuticals, research and development or teaching as part of a STEM program, but he is confident that the research he is doing now is playing a huge role in preparing him for what will happen after college.

To other students struggling to find the balance between academics and extracurriculars, Harter offers this advice: “Education is obviously the most important part about going to college, but you have to enjoy the experience while you’re here.”