Closing Thoughts: Leading the Evolution of a Liberal Arts Program 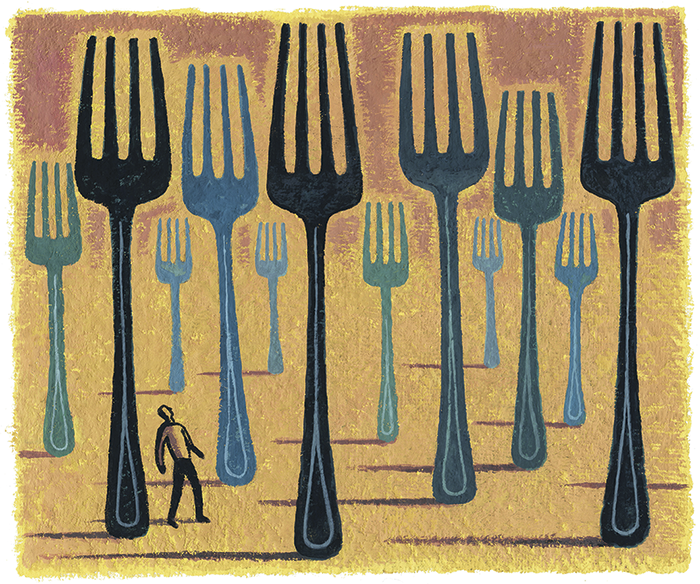 I remember being told as a first-year student at Dickinson that by studying the liberal arts I would learn how to learn. That aim seemed irrelevant to my young mind at the time, and yet, as these things go, it became exactly true to me as an adult. My liberal arts education made me a flexible and expansive thinker, sensitive and responsive to context and able to synthesize ideas across differences. These thinking skills and habits of mind have served me well over the past decade as I have found myself leading the evolution of a liberal arts program. As the dean of liberal arts and food studies at The Culinary Institute of America (CIA), I have developed a renewed respect for Dickinson’s learning model and have sought inspiration and new ideas and approaches by observing Dickinson’s ongoing evolution. Dickinson continues to teach me!

Unlike Dickinson, the CIA doesn’t have a scholarly past. The CIA was founded in 1946 on the campus of Yale University as a cooking school for returning World War II  veterans. Since then, it has evolved into a private, nonprofit, accredited college. The main campus is in Hyde Park, N.Y., with branch campuses in the Napa Valley, Calif.; San Antonio, Texas; and Singapore.

The vocational roots of the CIA remain in the foundational culinary training, but a shift began with the creation of a bachelor’s degree in 1994 (when culinary French became academic French) and then a separate liberal arts department in 2005. That’s when I was hired into the newly created position of associate dean of liberal arts. My most immediate task was to define the liberal arts, to distinguish it from the other aspects of the curriculum and to organize the eclectic mix of faculty and curricula into traditional liberal arts disciplines.

Since then I have hired 12 new full-time liberal arts faculty and a number of adjunct faculty; together we have shaped and reshaped a comprehensive liberal arts curriculum in history, literature, social sciences, foreign languages, math, science and English as a second language. We have developed a handsome selection of electives such as Shakespeare: Play and Performance as well as courses addressing contemporary issues such as income inequality. Mentoring these traditionally trained academics in an environment so focused on food—and working with a student body so passionately focused on food—naturally and gradually has led to a more food-focused curriculum.  Minimally it meant using food analogies to make a point in math or foreign languages but increasingly it has meant a more significant shift.

Some liberal arts faculty have begun to move into the field of food studies. For example, one history professor with a Ph.D. in American studies began a research project on  the history of maple sugaring in the U.S. Northeast. One of our Spanish faculty members with a Ph.D. in Latin American studies developed the course Feasting and Fasting in Latin America.

In 2015, we launched a new major in applied food studies, which extends students’ professional culinary training into an interdisciplinary program of liberal arts courses with an experiential focus. After the introductory course, students select three of five core courses: Food History, Food Policy, Sustainable Food Systems, Anthropology of Food  or Ecology of Food and an Applied Food Studies elective course. They are encouraged to enroll in our short-term study-abroad program, Global Cuisine and Cultures with destinations to France, Spain, Italy, China and Peru. We have a teaching garden for hands-on learning, and the capstone class emphasizes making a lasting contribution to the community. Recently this was a series of research and action projects at the nearby Franklin Delano Roosevelt Presidential Library to support the restoration of its Victory Garden. One of our new hires, Maureen McIllhaney Costura ’00, led the class.

Maureen and I often reflect on how our Dickinson education shaped our thinking and how it continues to serve us as we build this new major. We share the open-minded perspective that allows us to imagine new possibilities that often are inspired by and yet also well beyond the things that we studied at Dickinson. Despite the different  institutional contexts, along with our colleagues we are shaping a useful education at the CIA that is very reminiscent of our Dickinson experience.

Denise Bauer ’85 majored in fine arts and French & Francophone studies at Dickinson and earned her master’s and doctorate degrees at New York University. She is dean of liberal arts and food studies at the Culinary Institute of America.