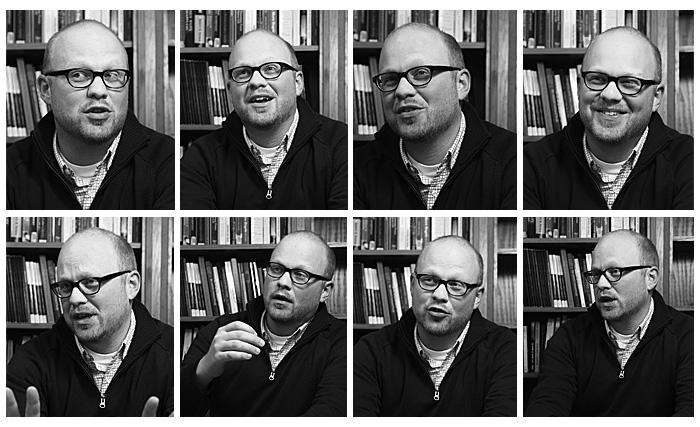 You denounced racial profiling in a March 2012 opinion piece that ran in Al Jazeera. What has been the reaction to that?

Racial profiling is neither effective nor legal in my view. As I described both in the Al Jazeera opinion piece and in a brief I wrote with the Institute for Social Policy and Understanding, nearly all counterterrorism and criminology studies that have looked into the efficacy of racial profiling find that it doesn't work. The idea that Middle Easterners are more likely than members of the general public to commit crimes or engage in terrorist activity is simply false, and subjecting innocent people to scrutiny based on their heritage won't work.

I have received overwhelmingly positive reactions after writing the policy brief and the opinion piece that touch on these issues. More importantly, the work done by civil-rights advocates on the issue of racial profiling has moved forward in recent months. Muslim Advocates, a civil-rights organization, filed a federal lawsuit against the City of New York demanding the end of the NYPD's racial-profiling program, because it violates federal law and the U.S. Constitution. In addition, many civil-rights advocates are working to move a new bill through Congress to strengthen legal protections against these kinds of programs.

"Islamophobia" is a word you despise. Why is that?

Taken literally, it suggests that the religion of Islam is at the center of an irrational fear. In reality, the problem is much more complex. While it's true that irrational fear of Islam and Muslims generates a lot of bigotry, it's also true that people of all faiths have to contend with what we call "Islamophobia." The first person murdered in a hate crime after the 9/11 attacks was Balbir Singh Sodhi, a Sikh American man. Chaldean Americans—who are Catholics from Iraq—have to deal with "Islamophobia" just as much as, for example, Muslim Americans or Jewish Americans from Iran. What we have is a situation where physical appearance triggers stereotypes, an all-too-familiar pattern of race and racism. Describing this as a phobia involving one religion is misleading at best. Still, "Islamophobia" is a popular shorthand and for now we appear to be stuck with that term.

In 2013, nearly 45 years after Dr. Martin Luther King's assassination and more than a decade after 9/11, you contend that civil-rights advocacy has become more difficult. How so?

I've examined publications produced by civil-rights organizations over a 30-year period. I also looked at the overall numbers of certain types of civil-rights organizations and whether they grow in size or cease to exist. My results to date support a conclusion that campaigning for civil rights has become more difficult over the past few decades. One of my most troubling findings is that since 2001, civil-rights advocates generally avoid talking about racism—even when it's the main problem they're trying to solve.

One of the achievements of the African American civil-rights campaigners in the 1950s and 1960s was to make racism utterly unacceptable. But what "counts" as racism has been narrowed, in legal terms as well as in the public imagination. America's schools in 2013 are starkly segregated by race, and the typical white family has 20 times as much wealth as the typical black family. So we have a situation in which everyone agrees racism is abhorrent, and yet racist outcomes are seen everywhere. Sociologist Eduardo Bonilla-Silva described the situation as "racism without racists"—showing that racial inequality persists because it is built in to American institutions.

Did growing up in suburban Detroit, which by many estimates is home to the nation's largest concentration of Muslim Americans, have an effect on your research?

I'm often asked why I chose to study civil-rights advocacy among Arab, Muslim, Sikh and South Asian Americans. Although I began the research that led to my dissertation while I was in college, I suppose there are some deep roots that start with my childhood in Detroit. Not only is the Detroit area proud to have a large concentration of Arab and Muslim Americans, it also has the unfortunate distinction of being perhaps the most racially segregated city in the country. In addition to recognizing from a very young age the profound impact of race and racism on our lives, I remember learning about Arab and Muslim culture. I feel lucky to have grown up in a part of the U.S. with this kind of diversity. I'm also fortunate to have had the opportunity to learn more from great professors at Albion College, my alma mater. The environment provided by a liberal-arts college allows for creative discoveries around complex, seemingly intractable problems like racism.

How can we learn more about these issues?

I suggest the following for further reading: