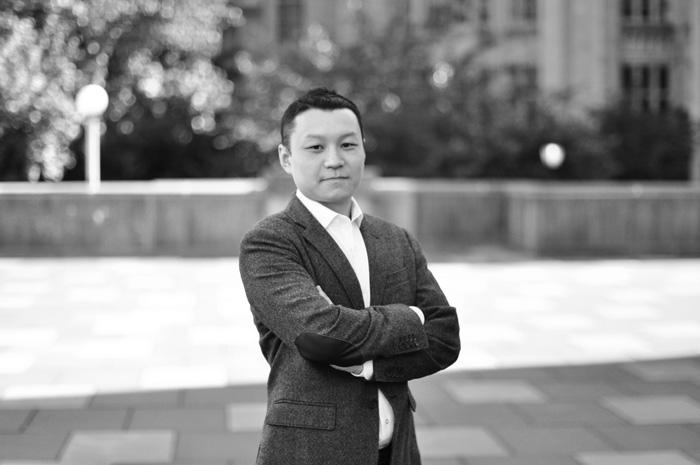 "I am always grateful for the knowledge, guidance and kindness that I have received from everyone at Dickinson," says Zhen Li '11. "It's the people that make Dickinson such a welcoming and enriching environment, which is very hard to find anywhere else."

Zhen Li ’11 (neuroscience) has always been interested in the brain and how it develops. In his Yale University lab, where he’s currently working toward his Ph.D. in neuroscience, he’s applied that interest to research on autism and schizophrenia, among other disorders.

Recently, he and a Yale research team published a breakthrough paper on the mechanisms of the Zika virus that cause brain damage in babies born to infected mothers.

“I was studying special kinds of cells in the brain called neural stem cells—they’re basically the origin of the brain,” explains Li, one of four first co-authors of the paper, which appeared in the journal Cell Reports last month. “As it turns out, one of the common causes of microcephaly is damage to neural stem cells. Therefore, naturally, we tested what will happen if we infect our cells with the Zika virus, and that led to the discovery.”

In particular, Li cites the effect of the virus on what he calls a “key protein,” TBK1.

With that understanding, Li says researchers will be able to design targeted and effective prevention and therapeutic measures. However, he notes, a drug already on the market, Sofosbuvir (brand name Sovaldi), which treats hepatitis C, might show promise in the fight against Zika.

“We knew that hepatitis C and the Zika virus belong to the same viral family, so there is a lot in common between these two viruses,” says Li. “It motivated us to see if Sofosbuvir has the same inhibitory effect on Zika as it does on hepatitis C, and it did.”

Now Li’s Zika research pivots to further discovery, as his team will explore how the virus infects neural stem cells in the first place—and how it kills them.

He also sees himself pivoting in a whole new direction after graduation, as president and CEO of a startup he recently founded that specializes in new medical devices. The company’s first device will help people gain insight into their cardiovascular conditions and warn them of potentially dangerous conditions, such as arrhythmia, hypertension, heart attack or even stroke. And while that’s a dramatic change of direction for Li, it’s something he’s prepared for, with a little help from Dickinson.

“One thing that I owe to Dickinson is what I would call a ‘leader’ mentality—leader in a sense that we, as Dickinsonians, want to bring positive influence to the world, through actively thinking, learning and doing, rather than following blindly what is handed down to us,” Li says, citing the influence of his former professors, whom he calls “exemplary mentors.” “We are not afraid of change and the unknown but rather cherish it.”

Li is not the only Dickinsonian working on the forefront of Zika. Young Park '87 and his company, GeneOne Life Science, recently began the first human trial of a Zika vaccine.