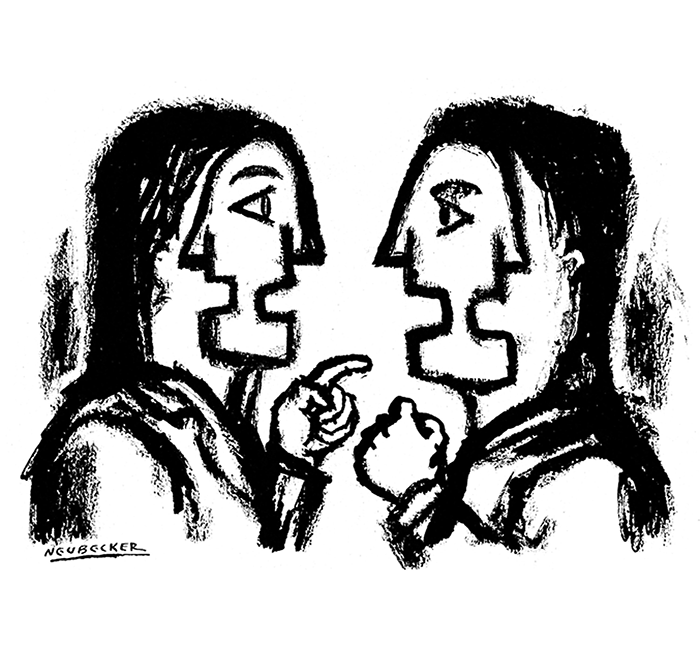 I am a millennial, part of the apathetic generation. And I’ve gone back and forth on whether I hate millennials. That’s a very millennial thing to say: Start with an admission that you’re a millennial and state how indecisive you are about the generation you’re a part of, which is now the largest in the United States.

Any time I read an essay about millennials, I let out a sigh followed by an eye roll. I would love to insert a gif image to describe my feelings, because that too is very millennial of me. I like our generation because we’re entrepreneurial and innovative, and we have a distinct sense of humor. My dislike for millennials isn’t necessarily because of what we in our generation do. It’s more how members of older generations are casting us. We’re given the labels “entitled,” “selfish” and “lazy.” But that’s only some of us.

If there are valid reasons to dislike us, they might be that we’re buried in our smartphones, we only discuss trivial nonsense, and, most of all, we’re not politically engaged. Well, at least most of us. Being politically disengaged irks me more than anything else, mostly because I was one of those carefree millennials who only voted based on a candidate’s personality or one particular issue.

As a biology major at Dickinson, I didn’t care for politics. I was one of the many millennials who turned out in large numbers in 2008 and 2012; yet, in the 2014 midterm election, only 12 percent of individuals under the age of 30 showed up to vote, according to exit polls conducted by NBC News.

Today, as a political correspondent working in Washington, D.C., I realize how wrong I was to not think of politics critically. Now in 2016, half of millennials identify as Independents, according to the Pew Research Center, and during this latest election cycle, are all over the place in terms of who they support for president. In the beginning, millennials said “I’m With Her” while they ignored a 74-year-old Democratic Socialist until he set foot on college campuses accompanied with promises of free tuition.

Back when there were still 17 candidates in the Republican race, millennials took a stand with Rand, dubbed Marco “Ru-bae-o” and cruised with Cruz before they ultimately stumped for Trump. Then, of course, you have those millennials in the #NeverTrump movement, who also can’t stand the thought of choosing Hillary Clinton. Of course, there’s always Jill Stein and Gary Johnson.

And just as many see the 2016 presidential election as out of control, many seem to have the same feeling about the millennial generation. We protest in the streets to combat police brutality, fight for peace in the Middle East or demand action from the Supreme Court on matters such as LGBT rights, abortion and big money in politics. Yet no matter what side we fall on regarding any issue and how strong our convictions, the most important thing that millennials can do is simple—yet difficult for this day and age. That’s to listen.

It’s something I think many of us have forgotten how to do, and it’s true for those in every generation. But I highlight millennials because I’ve observed how stubborn we are in convincing ourselves and others that our position is morally superior. When we’re confronted about our positions, we cry foul and, in many instances, insult and threaten those who don’t agree with us.

The new form of discourse has devolved into sending a disparaging tweet or Facebook comment, screaming “F**k you!” at a controversial speaker or storming the podium to force said speaker offstage. But you don’t make gains by yelling at one another. So consider inviting whomever you’re debating to grab coffee and decide you’re going to learn something from them. You may even end up becoming friends. And if you become friends with someone like me, a millennial Muslim man who works as a political journalist by day and enjoys making hip-hop music at night, know that I too am not perfect and am trying to make sense of this complicated and cruel world, just like you.

Siraj Hashmi ’09 is Washington, D.C., bureau chief at GVH Live, a nonpartisan media production startup delivering original programming, documentaries and live events for and about millennials, and associate producer for The Morning Briefing with Tim Farley on SiriusXM radio.