The Possibilities of Language 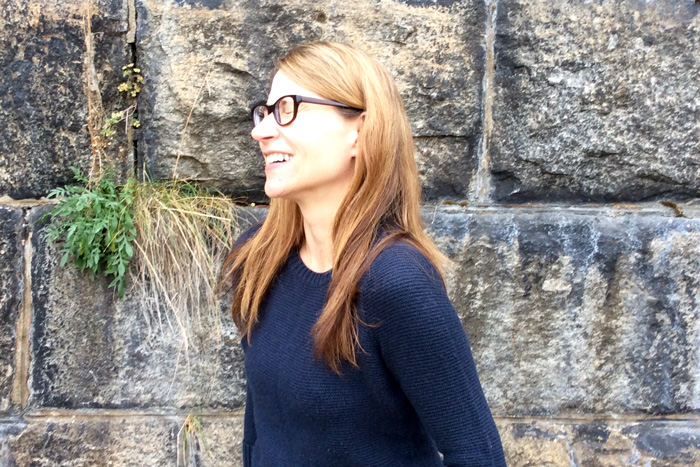 Heat & Light, the new novel by Jennifer Haigh ’90, was published earlier this month, and it’s prompted reviews that include comments like, “Ms. Haigh is an expertly nuanced storyteller long overdue for major attention. Her work is gripping, real and totally immersive …” (Janet Maslin, New York Times). The novel is a look at the varied and distinct effects fracking has on residents of the fictional western Pennsylvania town of Bakerton, a place Haigh has explored in earlier works.

Her previous novels, Faith, The Condition, Baker Towers and Mrs. Kimble, helped establish Haigh as a writer to watch, and Mrs. Kimble was awarded the PEN/Hemingway Award for debut fiction. Read on to see how the former French major was affected by her time at Dickinson (and abroad) and why she says a liberal-arts education is a perfect foundation on which to build any literary undertaking.

A liberal-arts education is the best possible training for a young writer. Dickinson made me curious about the world and then, again and again, asked me to write about it. I never had a bad class or a disappointing professor. The most useful course I took was probably Historical Method. We collected oral histories and learned to use primary sources and once, memorably, were asked to write the history of a particular house in Carlisle. I can’t imagine better training for a budding novelist.

My junior year in Toulouse, every single minute of it.

Do you stay involved with Dickinson? If so, how?

I’m in touch with many Dickinson alumni, some of whom I knew in college and, interestingly, some I met only later. I often hear from readers who identify themselves as Dickinson grads.

Every English major—and young writers everywhere—would probably love to follow in your literary footsteps. How did you get started, and what advice might you have for anyone looking to become a professional fiction writer one day?

I wasn’t an English major—I took all my lit classes in French and did the bulk of my coursework in history and dramatic arts—but the advice is the same for anyone who wants to write literature: Read every day, with serious intent. Think and write critically about what you read, take it apart and figure out how it is made, why it works or doesn’t. Read aloud and listen to the sentences. Read poetry to remind yourself of the possibilities in language, how much a single line can do.

When you think about writing for a living, and essentially writing anything you feel like tackling, what about it excites you most? And what challenges do you have to overcome?

The most exciting part is the freedom to follow what fascinates me. I’m not obligated to write about anything that doesn’t, and I never have. The greatest challenge is to believe in something that doesn’t yet exist. Writing a novel demands a massive leap of faith. Each time I start one, I’m signing up for years of work on a book that may never materialize. When I’m struggling, it’s easy to convince myself that the project is fatally flawed and not worth continuing. Doubt is the enemy. I consider it a minor miracle that anybody ever writes anything.

Did you ever have that moment when it suddenly struck you that this is what you’re going to do for a living? That you’re actually going to make your living by writing fiction?

I’ve never experienced any such epiphany, and I doubt many writers have. Writing every day is what made me a writer. Making a living is a different question entirely. Most fiction writers can’t. At the moment I’m able to, but I’d be foolish to assume this will always be true.

The reviews of your new book are pouring in, and they've been glowing. What does success feel like for you? Or is success something that you might always see down the road, something you might not ever admit you’ve brought to your doorstep?

It feels great to get a glowing review, but that’s affirmation of work I did two or three or five years ago. My feelings of success or failure have more to do with what I wrote this morning.

Now that Heat & Light is soundly on bookshelves, have you started anything new or been going through a Rolodex of ideas for your next book? If so, can you give us a hint about it?

I’m secretive about work in progress. I did start something last winter, in the long silent months before Heat & Light came out, but it’s unclear whether anything will come of it.

China fascinates me. I’d love to see what it will look like in 2116.

You’re going to live on an island by yourself for a year: What book do you take with you?

Underworld, by Don DeLillo. There’s enough in that novel to sustain anybody for a year.