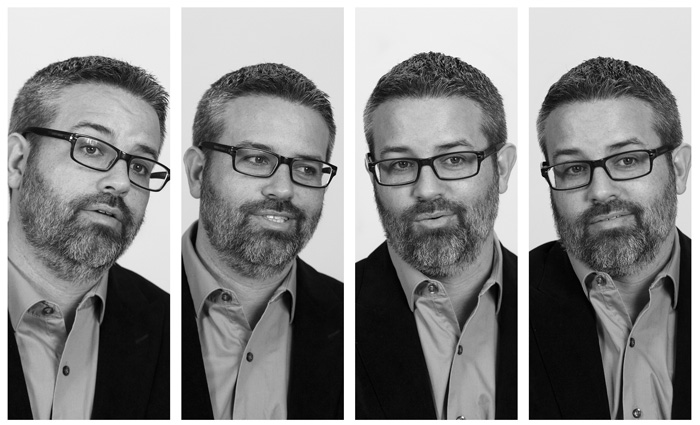 Shawn Stein, associate professor of Spanish & Portuguese, discusses the English-language version of his innovative soccer-fiction anthology and his quest to build a bibliography.

Idols and Underdogs: An Anthology of Latin American Football Fiction, the English edition of your 2014 anthology, Por amor a la pelota: Once cracks de la ficción futbolera, will be released in the U.K. later this month. Tell us about it.

Idols and Underdogs is a collection of Latin American football (soccer) fiction, or literary fiction that uses soccer as a dominant theme or plot driver. The portrayals of the soccer universe found in the stories vary greatly, with players, coaches, referees and fans as protagonists, and with levels ranging from amateur to semi-professional to professional. The idea for assembling an anthology of soccer fiction from Latin America grew out of my ongoing research into how fair and foul play enter into the practice and politics of sport and spectatorship. In total, 11 short stories are included with interviews for each author—one from each of the 10 nations in the CONMEBOL (South American Football Confederation) qualifying group for the FIFA (International Federation of Association Football) World Cup, plus Mexico. The inclusion of Mexico follows a tradition set by the Copa América (South American continental tournament) over the past two decades. Among the selected authors are award winners, best sellers and relative newcomers. My former student and co-editor, Nicolás Campisi, and I began working on this project while I was directing his independent study on soccer fiction. We were surprised to find such little bibliography and critical studies on soccer fiction in Latin America, so we conceived Por amor a la pelota to help bring visibility to the genre. Our publisher in Scotland, Freight Books, is charting new territory by offering English-speaking readers an opportunity to explore the contours of Latin American soccer culture through exceptional works of fiction. This will be the first time that these stories—and many of the authors—will be published in English.

How did you select the authors and stories?

Once we decided to organize the book around the Copa América structure, we needed to choose representative authors from each country. Our criteria were fairly straightforward. We wanted to identify exemplary works that would underscore the common language that exists across the continent, while also highlighting the unique ways in which soccer is experienced in each individual nation. Our main criteria included authenticity of soccer culture, richness of social and linguistic context and quality of narrative strategies. Choosing one author to represent a whole national tradition was challenging. We had a few impassioned debates. Some of the countries, like the World Cup champions Argentina, Brazil and Uruguay, have extensive literary traditions in which soccer appears often. In some cases we made difficult decisions to choose newcomers over more established authors. We also made the intentional decision to include Selva Almada’s “Team Spirit” as a representative of the extremely marginalized subgenre of soccer fiction that focuses on women’s and girls’ participation in the sport.

What makes sport and—in this case—soccer, a conduit for good storytelling?

The constant struggle in sporting competition is often juxtaposed by startling moments of profound humanity that can lead to drama, comedy and even tragedy. This can all be very compelling for us as spectators. Like any other passion, sports have the same power to generate extreme patriotism and fanaticism. Soccer, specifically, is by far the world’s most popular sport. FIFA has 209 national members, making it the most global organization on the planet, with unrivaled reach. Many intellectuals talk about soccer stadiums as temples and the game of soccer as one of the most popular religions in the world. In this sense, there are billions of passionate believers. The best soccer fiction addresses complex human and social issues. This type of writing is obviously engaging to the soccer faithful, but it also allows readers who know little or nothing about the sport to experience otherwise inaccessible spaces, cultures and communities.

What can you tell us about your project on the myth of fair play in soccer fiction?

The increased production of soccer fiction from Latin America in recent decades has received very little critical attention. My work is examining cultural production in nations with varied histories of success and disappointment in international soccer competition. The recent FIFA corruption scandal laid bare the decadent governance of world soccer, yet authors have been critiquing issues of fairness through soccer literature for decades. Fair play is a notion that is rooted in early development of modern sports in the 19th century. Having a sporting attitude or abiding by the rules was a value that was ingrained through sport but reflected greater social anxieties about class tensions. I am interested in works that demystify the notions of fair play or level playing fields. My reading of different Latin American societies through literature explores soccer as a vehicle for fighting discrimination, inequality and injustice, both on and off the pitch.

Tell us about your plan to create a digital soccer-fiction bibliography and how you are involving students in the project.

This is a vast project that is really just in the beginning stages. Public talks and publications on soccer fiction by scholars like me and Nicolás are helping to advance the emerging field of literary soccer studies, but the landscape is still unmapped. This semester, Sarah Goldberg ’18 is helping me convert my files into a format that will lay the foundation for other students to work with me on creating a searchable database. The long-term plan is to develop an open-access online tool that will employ category-specific search functions for research, teaching and collaboration on soccer studies around the world.

Nadel, Joshua. Fútbol: Why Soccer Matters in Latin America. Gainseville: UP of Florida, 2014.