A Deep and Nuanced Understanding 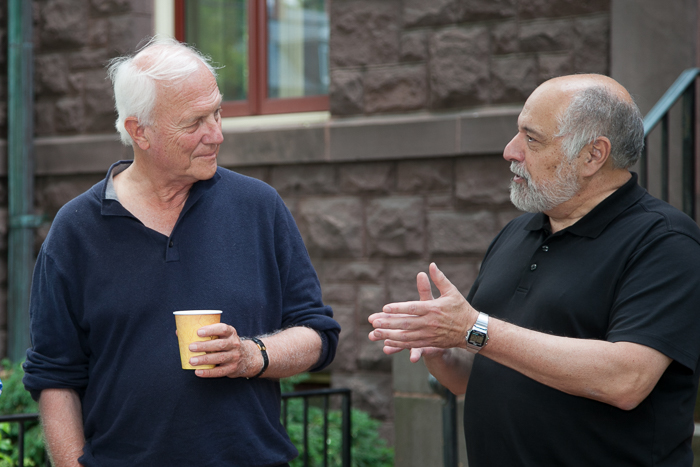 If you ask Robert Hindle ’64 about his undergraduate days, don’t expect a long reply. He got involved on campus, forged lifelong friendships and honed critical thinking skills that would lead to success. But now as then, he’d rather focus on the future than the past, and he’s dedicated to helping tomorrow’s professionals better understand an increasingly complex global society.

Hindle arrived on campus at 17 with a passion for bird-watching and dreams of seeing the world. He majored in political science, served leadership roles in Student Senate and in his fraternity, and whetted his excitement for foreign ports with a sophomore-year summer in Europe. He also joined the ROTC program, and, five years after graduation, he shipped off for Vietnam, a master’s and Ph.D. (politics, economics) in hand.

That year was 1969, the height of the Vietnam War, and as a young Army officer, Hindle learned how to manage people effectively. Back home, he taught public administration on an interim basis at University of Pennsylvania and spent two years at the U.S. Treasury before launching a three decade career in international economic development and management at The World Bank.

Hindle’s career took an important turn when, after seeing daughter Kate through college, he and his wife Kathleen moved to the Middle East, where he managed the World Bank’s offices in Yemen and Egypt. They were living in Cairo during the attacks of Sept. 11, 2001, and were moved by the depth of sympathy expressed to them by Egyptian friends and strangers alike.

“When we got back to the U.S. on home leave, it was startling to experience the widespread anti-Arab and anti-Muslim feelings in the United States,” Hindle recalls. “My sense is that there are huge misconceptions, broadly, about what is happening in the Middle East, and in particular, about values in the Islamic and Arab worlds.”

Now retired, Hindle reads voraciously, enjoys cooking and is currently advising a company that has developed new ways to parachute emergency supplies to people stranded in natural disaster areas. He is on the board of his local library. He still enjoys bird-watching, and he’s trekked across the country and the globe to admire birds; memorable destinations include Antarctica, Borneo, Uzbekistan and Kazakhstan, Georgia, Armenia and a smattering of obscure South Atlantic islands. (Hindle is delighted to note that Spencer Fullerton Baird, a professor of natural history at Dickinson and class of 1840 member, contributed mightily to the field, and that many bird species carry the Baird name.)

As the father of an adult daughter, he’s an ardent supporter of women’s equality, domestically and abroad, and he has presented research on the ways in which women’s educational programming and microcredit programs support economic and social development in the developing world. And as a former World Bank country manager in the Middle East, he’s a passionate supporter of Dickinson’s Middle East studies program. His gifts help ensure that students have many opportunities to develop a multidimensional view of that part of the world.

“I like what the school is doing in providing interdisciplinary courses and experiences that take a broader approach, beyond politics and history,” says Hindle, who is regularly in touch with Middle East studies faculty. “Students who take these courses have a deeper understanding of the people and politics of the Middle East, and that openness to the rest of the world benefits them—and, through them, the United States—in important ways.”

"It is necessary for any college serious about forming the next generation of leaders to build a reputable program in Middle East studies, and by helping faculty and students work together to consider and implement new strategies aimed at enhancing the program, Robert Hindle has helped Dickinson rise to this challenge," Pulcini says.