Civil War History, at Your Fingertips 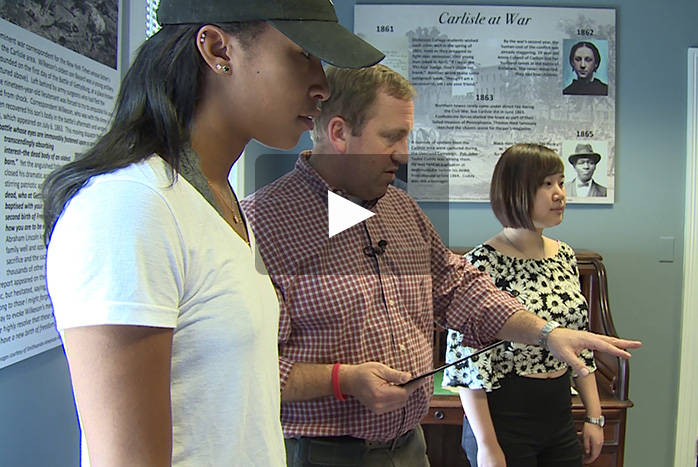 Through more than two dozen websites, 15,000+ digitized public-domain images and online exhibits and tools, Dickinson’s House Divided project brings the history of the Civil War era to K-12 and undergraduate classrooms. And now it’s celebrating its 10-year anniversary with a new interactive learning studio in Carlisle, where history is just a swipe away on any smart phone.

“We’re trying to use 21st-century tools to bring to life that period,” says Matthew Pinkser, associate professor of history and Brian C. Pohanka '77 Faculty Chair in American Civil War History. “We really want to engage students with the kind of technology they’re familiar with but with subjects and content that they don’t know as well.”

“House Divided is a really remarkable and important project to basically spread historical information and particularly to train teachers in the most up-to-date historical insight and interpretation,” says Columbia University’s Eric Foner, the leading contemporary historian of the Reconstruction and one of the few people to have won both Bancroft and Pulitzer prizes in the same year. “History, unfortunately, is being slighted in the curriculum in many, many places, … so [this project] is tremendously salutary, and it will reverberate out.”