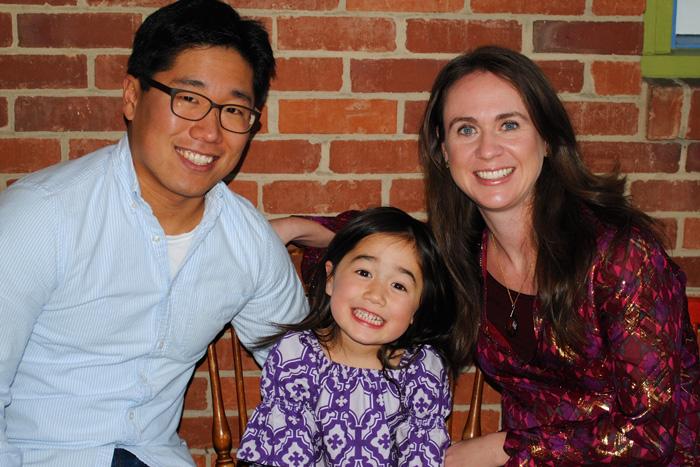 Jason Yi ’01 left Dickinson with a degree in biochemistry & molecular biology and the Louise Hauer Greenberg Prize in Biochemistry in hand, and he’s been wielding them to great effect ever since. Now a postdoctoral fellow in the Department of Cell Biology and Physiology at the University of North Carolina (UNC) at Chapel Hill, Yi was recently awarded the UNC Postdoctoral Award for Research Excellence, the latest in a string of accolades. Read on to see how Dickinson helped set Yi on his path, where that path is leading him and who served as an early inspiration for his research.

Can you speak to how Dickinson’s useful liberal-arts education prepared you for what you’re up to now?

The first person I met when I arrived on campus was Todd Gutekunst [’01], who was living across the hall in my dorm and became a friend. He kept telling me about this incredible workshop physics class, so I signed up on a whim. I figured I’d show up for a week then drop it from my schedule, but it was unlike any class I had ever taken. There were no lectures; from day one, I was a part of a team that performed experiments, collected data and basically derived Newton’s laws using observations. This was the first time in my life that I conducted an experiment, and look what happened! Dickinson taught me to keep an open mind, think critically and communicate effectively. These are skills I use every day, whether I’m at the bench, teaching students or presenting my work.

My semester abroad at the University of East Anglia in Norwich, England, was an incredible experience. I think the sciences are generally viewed as objective, non-interpretive disciplines, but learning genetics and molecular biology from a non-American perspective was, for me, critical to becoming a well-rounded scientist. Plus, the university had a spring break that lasted the entire month of April. I spent the month hopping trains across Europe with friends from Dickinson. That was amazing.

I met my wife, Jennifer Dewar ’01, at Dickinson. Those years we spent at Dickinson together are special memories for me.

I am a first-generation college student, and Dickinson made it possible for me to go to college, so I feel an immense amount of gratitude to the school. I try to stay involved with the recruitment process as best as my schedule allows. Since graduating, I’ve represented the school at several college fairs in North Carolina, conducted applicant interviews for the admissions office and also attended recruitment functions hosted by alumni and parents in the area. It’s important to me that I try to give back. My Dickinson experience changed my life in many ways, and I try to communicate that message to prospective students.

My interest in biological research started as a summer research student at the Fox Chase Cancer Center in Philadelphia. I was working in a genetics lab that was using yeast to study how cells divide. When my advisor showed me that introducing a human gene into a mutant yeast strain could "rescue" its ability to divide, I was blown away. I knew what I wanted to do with my life.

After graduating from Dickinson, I worked for two years at a genetic engineering company in Connecticut, then accepted a fellowship at Duke University to start my Ph.D. At Duke, I studied how nerves grow in the embryonic brain, but it wasn’t until I became a father that I started thinking about autism and developmental disorders.

My daughter, Averill, was born at the end of my Ph.D., and I postponed my postdoc appointment at UNC so that I could stay home with her. Watching my daughter grow was amazing, but it also made me aware of how difficult it must be to have a child with a disability. I wanted to help. During my daughter’s nap times, I started reading the literature, generating ideas and writing for grants so I could get those ideas off the ground once I got back in the lab. The best part of my work is meeting and interacting with families of kids with disabilities. It’s very humbling, and it drives me to work harder on their behalf.

In a nutshell, I’m trying to make sense of autism. It’s been a really difficult disorder to understand. We know that hundreds of genes are implicated in autism, but for the most part, we don’t know what these genes have in common or how their mutation alters brain development. This is where my work comes into play.

I take genetic information from autism patients and apply highly interdisciplinary approaches to understand how these genetic mutations affect the function of the proteins they encode and affect brain development in mouse models. My hope is if we can understand enough biology behind these mutations, we can start defining autism pathways, create better diagnostics and ultimately create effective therapeutic strategies.

I fail on a daily basis. Science is a process of deductive reasoning, meaning I consider all possible answers for a particular question and then eliminate possibilities through experimentation. For any given question, there are many possibilities and usually one correct answer, so most of my attempts at answering a question are wrong. I’m pretty comfortable with failure at this point. But when you’ve invested two to three years (or more) into a question and have yet to hit on that breakthrough, your confidence and determination really get tested.

Gregor Mendel, the grandfather of modern genetics. He was an Austrian monk who observed inheritance patterns in pea plants to establish many of our modern rules of heredity. I would like to have dinner with him. We would eat peas.

A hundred years into the future. I think about how much science and technology transformed the world in the last 100 years, and I can’t imagine what it will look like 100 years from now. I would like to see that.