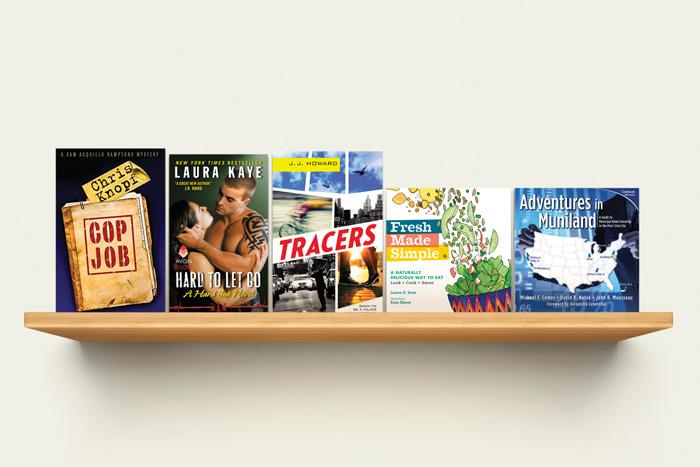 In his 13th book, Chris Knopf ’73 returns to Hamptons executive-turned-cabinetmaker Sam Acquillo, the hero who launched his fictional career. Alfie Aldergreen was already living such a marginal life that it’s hard to believe it’s ended. But someone’s taken the trouble to duct-tape the addled, crippled Iraq War vet to his own wheelchair and drown him. Why would anyone have targeted such a harmless victim? Southampton Town Police Chief Ross Semple, who’s usually the first one to warn Sam off homicides on his patch (Black Swan, 2011, etc.), makes it clear he wants Sam’s help this time. And a conference with Suffolk County DA Edith Madison and comely ADA Oksana Quan suggests an obvious reason why: because Alfie is the third confidential police  informant to die suddenly. Nor has his death ended the cycle of violence. The rear window of Sam’s 1967 Grand Prix is bashed in to discourage him. His daughter, Allison, is attacked in her Manhattan apartment and left in a coma. Sam’s even hit by a fish truck in what seems to be an unrelated incident. All of these provocations have exactly the effect you’d expect, sending Sam diving ever deeper into the murky waters of past and present felonies.

Beckett Murda hates to dwell on the past. But his investigation into the ambush that killed half his Special Forces team and ended his Army career gives him little choice. Just when his team learns how powerful their enemies are, Beckett encounters his biggest complication yet—a seductive, feisty Katherine Rixey. A tough, stubborn prosecutor, Kat visits her brothers’ Hard Ink Tattoo shop following a bad break-up—and finds herself staring down the barrel of a stranger’s gun. Beckett is hard-bodied and sexy as hell, but he’s also the most infuriating man ever. Worse, Kat’s brothers are at war with the criminals her office is investigating. When Kat  joins the fight, she lands straight in Beckett’s sights … and in his arms. Not to mention their enemies’ crosshairs. Now Beckett and Kat must set aside their differences to work together, because the only thing sweeter than justice is finding love and never letting go.

Cam is a New York City bike messenger with no family and some dangerous debts. While on his route one day, he runs into a beautiful stranger named Nikki—but she quickly disappears. When he sees her again around town, he realizes that she lives within the intense world of parkour: an underground group of teens who have turned New York City into their own personal playground—running, jumping, seemingly flying through the city like an urban obstacle course. Cam becomes fascinated with Nikki and falls in with the group, who offer him the chance to make some extra money. But Nikki is dating their brazen leader, and when the stakes become life-or-death, Cam is torn between following his heart and sacrificing everything to pay off his debts. An action-packed romance—now a major motion picture starring Taylor Lautner of Twilight fame.

Fresh Made Simple is a collection of 76 full-page illustrated recipes with ingredients and steps cleverly integrated right into the art. Each recipe is designed around a featured fresh ingredient, from kale to leeks, mango to blueberries, cheddar to eggs, scallions to strawberries. The result is a delicious collection of vegetarian fare for every meal of the day, as well as snacks, dressings and spreads. It also include ideas to pair fish, meat and chicken with some of the dishes. Beginners (even kids!) and good cooks alike will be inspired by combinations such as ginger lemon honey butter, leek corn egg bake, apple manchego salad, kale pesto, fried plantains with avocado feta mash, blueberry & corn pancakes and mango rice salad.

With a perspective that only decades of experience can bring, Adventures in Muniland captures the municipal bond market’s transformation from stodgy to dynamic. This concise yet comprehensive stroll offers an insider’s view, brings the reader right up to today’s discussions and carries the added benefit of providing a clear  understanding of what can at times appear to be an opaque marketplace. The Cumberland Advisors team has produced an insightful review for the seasoned professional and a must-read for newcomers and investors.