Getting Pennsylvania Back On Track 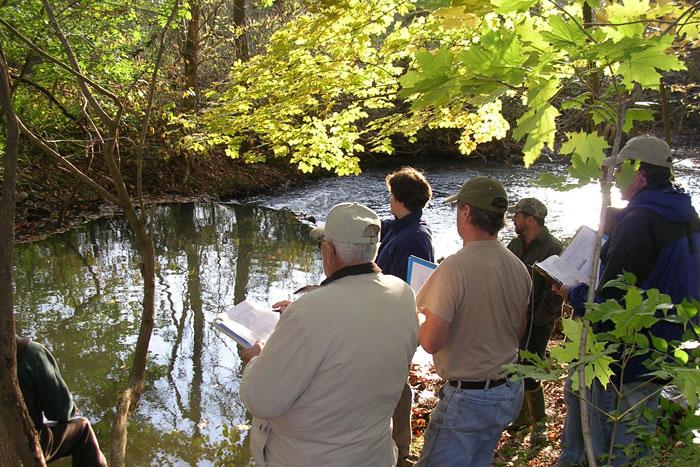 The U.S. Environmental Protection Agency (EPA) has said that Pennsylvania is “substantially off-track” in meeting its goals to reduce the amount of agriculture-based nitrogen and soil polluting the Chesapeake Bay. Now, Dickinson’s Alliance for Aquatic Resource Monitoring (ALLARM)—in partnership with the Alliance for the Chesapeake Bay, the Izaak Walton League of America and the University of Maryland—will embark on a six-year, multimillion-dollar federally funded project to better understand the health of Pennsylvania and New York waterways and the Chesapeake Bay watershed.

The federal grant—$420,000 of which will go to ALLARM—will allow ALLARM and its partners to expand the number of local volunteers trained and actively involved in water-quality monitoring across the watershed and integrate the resulting data into the EPA’s Chesapeake Bay Program reports and decision-making process. The funding marks an unprecedented level of governmental confidence in citizen science, a hallmark of ALLARM’s approach.

“It’s thrilling to be a part of the first multistate, watershed-wide program that integrates community data into bay-management strategies,” says Julie Vastine '03, ALLARM’s director. The project—which will fall under the aegis of the EPA’s Scientific Technical Assessment and Reporting Team—will continue the 30-year tradition of local communities engaging in testing their own waterways' quality and further positions Dickinson as a leader in monitoring Pennsylvania’s and the bay’s watersheds.

Nearly half of the Chesapeake Bay’s water comes from Pennsylvania streams and rivers, and the testing protocols established by ALLARM—and subsequently implemented by its network of citizen scientists—will help establish benchmarks against which Pennsylvania’s progress toward its Chesapeake Bay Program goals will be measured.

The initiative also will involve Dickinson students and faculty members, who will continue to use the region as an extension of the classroom and a living laboratory.

“Already students have had the opportunity to travel to Annapolis, Md., to meet with decision makers in federal agencies such as the Chesapeake Bay Program, the EPA, the U.S. Geological Service and the National Parks Service,” says Vastine, who is now looking ahead to a number of research questions that ALLARM, faculty and students can examine through the new funding.