The Green of Garden City 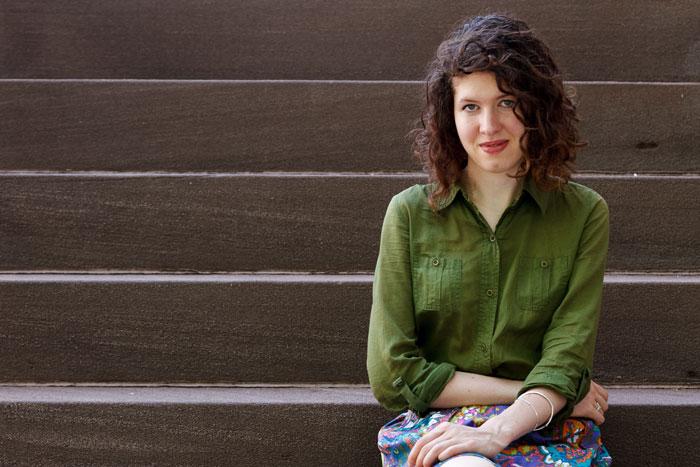 Ask people about a childhood interest that accompanied them along their road to adulthood, and answers probably won’t often overlap with that of Caroline Elkin ’15, who says, “I’ve been obsessed with the Soviet Union my entire life.” Although, on the other hand, the answer makes a good amount of sense coming from a double major in international studies and Russian who spent a year in Russia with the Dickinson-in-Russia program.

Now, as the recipient of a Fulbright research grant, Elkin is heading back to that part of the world, namely the former Soviet city of Almaty, Kazakhstan. There, she’ll study the effects of Soviet-designed natural spaces on residents—an aspect of the Soviet legacy that could be as unique as Elkin’s obsession.

Elkin’s project is called “Access to Green Space in Almaty's ‘Garden City,’ ” and she’ll dig through archives, guidebooks and any other documents she can get her hands on (all in Russian), sifting for information on where people lived across the history of the city. Then she’ll hit the streets, learning where green space and natural spaces are today and interviewing residents from different generations about their experiences with natural spaces in Almaty over the years.

Elkin is the fifth member of the class of 2015 to be awarded a Fulbright. She's also the 10th student coming out of Dickinson’s Russian program to earn a Fulbright research award in just over a decade, and she has a lot to say about why the department has had such success.

“Our study-abroad program in Moscow is amazing and by far one of the best Russian programs out there in terms of immersion and learning the vagaries of the Russian language,” says Elkin, who also notes that the second semester of the Moscow program comprises an intensive independent study. “The opportunity to do an independent study there is exciting for anyone and probably a major factor in the number of Fulbrighters the Russian department has produced over the years.”

Her research aside, Elkin is looking forward to about a million different things in her time abroad: “speaking Russian again, studying Soviet-era urban planning, learning Kazakh, wandering around all day, taking pictures of supposedly ugly 20th-century buildings, observing nature and paying attention to how the surrounding built and natural environment affects people.”

It’s a good thing she’ll be there a full year.