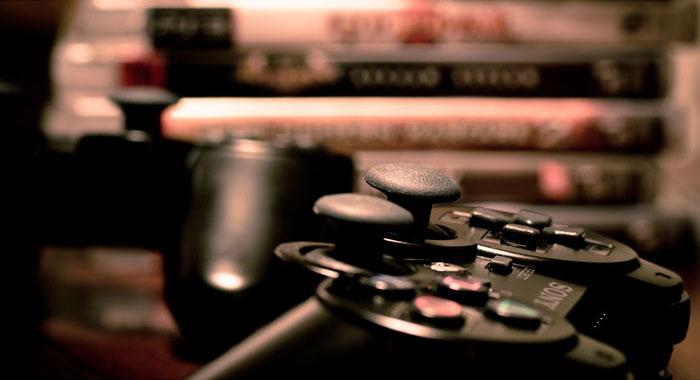 It’s Saturday night, and you’re done studying, done writing your paper, done with that research project, done with everything. You don’t want to go to the game, watch TV, read or sit in a movie theater.

What you want to do is dive out of a flaming plane while brandishing a MasterPiece Arms MPA930SST, help Joel navigate the zombie apocalypse to get Ellie to the FireFlies or melee with MegaMan, Yoshi and Bowser. If that’s the case, if you know what any of that means, Dickinson’s Gaming Club should be your first stop each Saturday night.

The Gaming Club has been around for more than a decade, but the games have changed quite a bit, and now the night’s activities include healthy doses of Super Smash Bros. and League of Legends. Throw in traditional tabletop games such as Jenga, Settlers of Catan and Taboo, and it’s a sanctuary for anyone who wants to get immersed for a night.

“Gaming Club is a really open and friendly environment, where anyone can drop in and play a few games,” says Jeremy Barnes '15, the club president, a gamer himself since he was five years old. “And we have a multitude of board games and video game consoles.”

The English major's love of video games has trickled over into his academic life, as he’s writing his senior thesis on the modern military first-person shooter. But Gaming Club is a serious escape from the everyday: In addition to its weekly Saturday gatherings (Tome Hall 115, 8 p.m.), the club hosts special events each semester, such as the recent Super Smash Bros. tournament, celebrating a game that sold nearly 10 million copies in 2014.

“Super Smash Bros. is usually one of the most popular games at our meetings,” Barnes says, noting that other favorites of the 20-plus members are Munchkin, Mario Kart, Halo and Call of Duty: Zombies. Barnes says, too, that they have a variety of classics on hand, from Monopoly and Risk to chess and checkers.

“We're all pretty casual and just want to have a good time,” Barnes says. “It’s a good place to just hang out with a couple of friends and relax for the night.”