Old West Then and Now 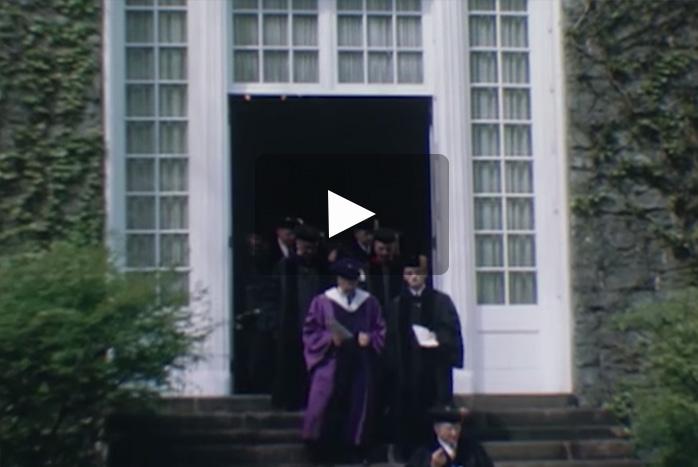 Old West is an iconic building on campus, but its history may be unknown to most people who walk in its shadow each day.

The limestone structure we all know was built on the site of another building that burned down just before it was slated to begin its academic life. The first classes were held in the current Old West in November 1805, when Thomas Jefferson was president and Lewis and Clark were laying eyes on the Pacific Ocean for the first time.

“You can’t walk by there without reflecting on the long history of the building, of what has gone on on those steps, the people who have walked up and walked down them and the history of the college,” says President Nancy Roseman.

Not nearly as old as the building itself, the tradition of having students proceed into Old West at Convocation began in 1995. Students walk up the steps and into Memorial Hall to ceremonially sign into the college as first-year students. During Commencement, students have been emerging from Memorial Hall and filing back down the steps, degrees in hand, since 1967.

“It’s an honor to stand at the bottom of those stairs as our graduates try to navigate the emotions of that moment,” Roseman says.