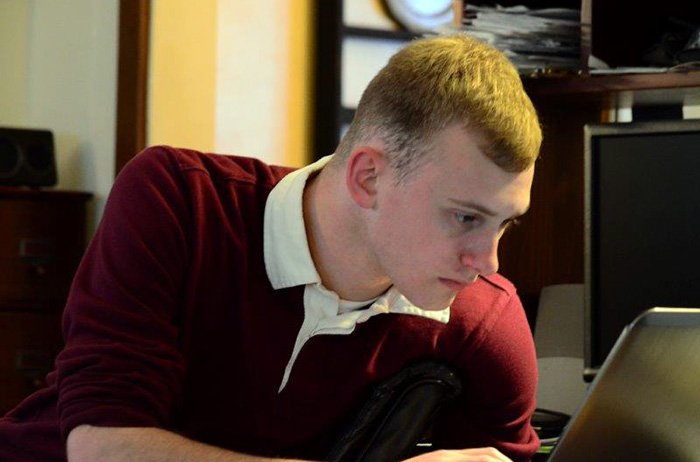 ROTC student and computer-science major Jacob Heybey ’16 was thrilled when he had a chance to travel to Hawaii and New Zealand to get a behind-the-scenes look at the U.S. Army’s tactical and strategic operations. It’s a good bet that this is only the beginning of a string of interesting educational experiences for this ambitious and hard-working Benjamin Rush scholar. Learn about what he's up to at Dickinson.

Coming into Dickinson, I had no clue wanted I wanted to major in. I took computer-science courses freshman year to satisfy my lab requirement and ended up finding my major.

Dickinson’s ROTC program was the deciding factor. ROTC offered a myriad of opportunities, including internships, training, and studying abroad, not to mention a very interesting career path after college.

I took piano lessons for a number of years. I was never very good, but I still like to play, occasionally.

I was able to go on an ROTC training trip the summer between my sophomore and junior years. The experience included shadowing a company XO [executive officer] in Fort Shafter, Hawaii, as well as accompanying an American platoon to Australia for training exercises with the Australian and New Zealand armies. That was a huge learning experience for me, since I got to see how the Army worked at both a tactical and strategic level.

… Christopher Lee, a World War II and Special Air Service veteran, master swordsman and actor who is famous for playing villains. That could be a very interesting conversation.