Back in the (Former) USSR 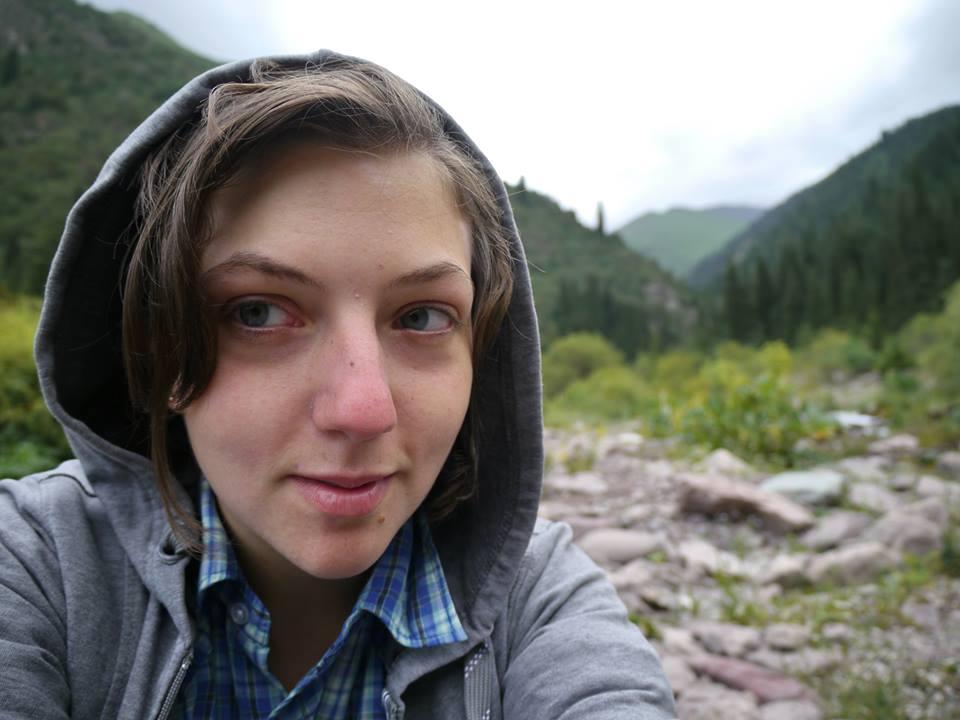 Olivia Stevens '12 finds her niche in a former Soviet republic

It's easy to miss the small, landlocked country of Kyrgyzstan on a map. Set in the middle of Central Asia, the nation has gone through immense political and social changes over the past 100 years, starting first as a feudalist system, transitioning to communism under Soviet rule and eventually settling into its present capitalist state. For Olivia Stevens ’12, however, Kyrgyzstan is more than just a small nation trying to find its footing in global politics—it’s a country with a rich and fascinating culture and her home for the indefinite future.

Stevens’ interest in the Central Asia region stemmed from an already established love for Russian language and literature. At Dickinson, she explored political themes in Russian and Soviet history in her Russian and international relations classes but found herself at an impasse where Central Asia was concerned. “There’s a comparative dearth of research and collaboration in U.S. academia with Central Asian countries, as opposed to other former Soviet countries,” she says.

Her interest followed her all the way to Moscow in 2010 as she began her yearlong study abroad. “The [time] that I spent [in Moscow] was one of hot debate and tense relations between ethnic Russian nationalists and migrants from former Soviet republics—especially the more visible migrants from Central Asian countries,” she recalls. And against the backdrop of race riots and politically charged media, Stevens soon found herself connected to social-justice efforts in Russia through her internship at the Institute for Globalization and Social Movements (IGSO).

As she established connections with NGO workers and policy experts invested in social justice, she explored her burgeoning interest in Central Asian politics and culture. “I made friends with labor migrants from Kyrgyzstan who told me their stories,” Stevens says. “Lots of people [told me] horror stories about terrible things that have happened to them [in Russia, but] a lot of people have good stories.”

After graduation, Stevens worked as a research assistant at the Woodrow Wilson International Center for Scholars in Washington, D.C. Under the guidance of Alisa Oblezova, a former Fulbright-Kennon Institute Research Scholar, Stevens translated Russian legal documents for research on the current U.S. visa system for immigrants and its comparison to new immigration policies drafted in Russia.

“The job was immensely interesting,” Stevens says. “I found it fascinating to delve into the minutiae of visa policy from the Russian side, as well as really study U.S. policy with [a] legal expert.”

So, with Oblezova’s guidance and the support of Dickinson faculty and alumni, Stevens earned a Fulbright research grant for the 2013 academic year to study labor migrations of Kyrgyz workers going to Russia. “People go [to Russia] to work because [they] get a better salary there,” Stevens explains. “Even the lowest-paid jobs in Russia pay more than a job that a person could have comparably in Kyrgyzstan.”

Through her affiliation with the Kyrgyz National University in the capital city of Bishkek, Stevens recorded and compiled a series of video interviews with individuals and families working in Russia, which she complemented with data from the Russian and Kyrgyz governmental and academic archives.

As an extension of her affiliation with the university, Stevens also taught a course on conflict-prevention studies to fourth-year international relations students. “It was interesting talking to my students about [labor migration issues], especially about how they felt about internal migration and external migration, which became the focus of my project,” she says. “People from different regions [within Kyrgyzstan] have differing opinions about this, especially with the cultural divides between ethnic groups.”

Back in the (former) USSR

As her Fulbright research drew to a close, Stevens realized that she was not ready to leave. The past year had brought a rich appreciation of the robust and active old Kyrgyz culture that cherishes reciprocity and community. “I love learning Kyrgyz and using the Russian language as my everyday language,” Stevens confesses.

After a quick return to the U.S., Stevens moved back to Kyrgyzstan and currently works at the Central Asian Studies Institute at the American University of Central Asia in Bishkek, writing research grants and assisting with administrative duties. She also plans to pursue a Ph.D., with her Fulbright work as a basis for further research and publication.

“I’m planning on being here in general,” Steven says. “This is where I’m happy.”