Grab a Cold One 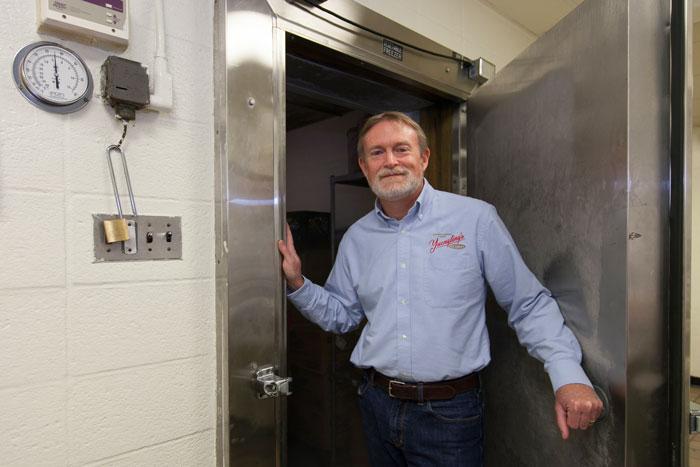 Back in the 1920s, when Prohibition was driving breweries into the ground, Pennsylvania's Yuengling brewery made a pretty sober decision: They decided to start making ice cream to fill the revenue hole created by the new law.

The family’s frozen dessert business was solid for more than 60 years, and David Yuengling ’84 was slated to take the reins one day from his father. But having just graduated from Dickinson, computer science degree in hand, Yuengling had other plans, and the ice cream operation was shuttered in 1986. Recently, after a 30-year career in programming and network design, Yuengling, whose cousins still run the brewery, has decided to put the family name back on containers of ice cream.

“I had thought about it over the years because people had mentioned it to me, asking why we didn't make ice cream anymore,” Yuengling says, noting that the suggestion came as he was feeling the need for a career change. So he started to research the idea a little, finding out what he would need to do—the logistics of bringing a brand back from the dead.

Now, nearly a year into Yuengling’s Ice Cream’s rebirth, the company is way ahead of its initial projections.

“We're doing really well,” Yuengling says. “If you look at our original business plan, we're already in year three, saleswise. In some stores we're outselling some of the bigger brands.” The original plan called for Yuengling’s to get on the shelves of 400 grocery stores during the first year, but its 10 flavors (plus seasonals) are already in 1,300 stores in 10 states and now also are appearing in convenience stores.

“There's a whole lot of growth potential,” Yuengling says, “so we're figuring out which directions we want to go.” Whatever direction Yuengling takes the company, he’s looking both to the future and to the past for the brand’s success, eschewing 1920s recipes for all-natural, locally sourced ice cream ingredients while using logos and packaging designs that harken back to the company’s 1940s look.

With the relaunch behind him, Yuengling has a little time to reflect on getting to where he is now, all the way back to the moment anyone launching a business has to confront.

“It was all on paper and it looked feasible,” he says, thinking back to the plan he and his partner, Pottsville's Rob Bohorad, came up with. “And we looked at each other and were like, ‘OK, I'll guess I'll quit my job next week and dive into it.’ ” He laughs a little. “It wasn’t as terrifying as it could have been.”