Closing Thoughts: Going to Dickinson Was a Big Mistake 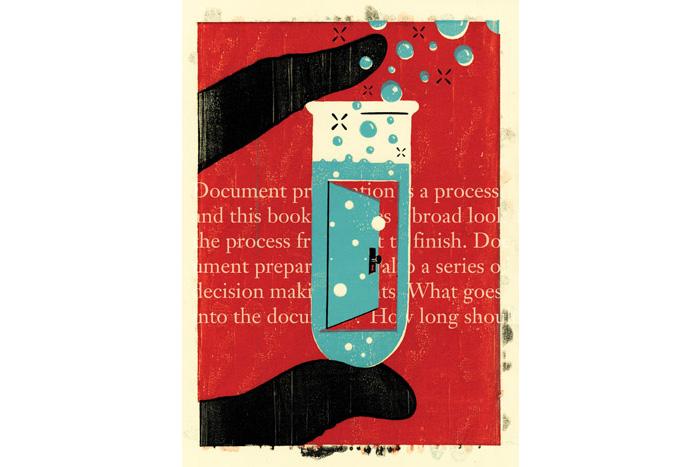 What did I know? I was only 16. Neither of my parents had gone to college. My two aunts had, but they’d become teachers, and that was the one thing, the one course of study my father said he would not pay for. (He’d had enough of his sisters’ heavy-handed attempts to “educate” him.)

My high-school science teachers had said I should major in chemistry, because I’d done well in their classes.
“Will I be able to get a good job when I graduate?” I asked. (This was in the late 1940s, and the Depression was not yet forgotten.)

All right. Chemistry it would be. And when I learned that someone named Ben James, from a school named Dickinson, would be visiting my high school to interview prospective students, I signed up. I didn’t know anything about the place, but I needed to find something.

Dr. James was very encouraging. He thought not only would I be accepted but I probably could get a scholarship (which I needed). OK, sounded good. What I didn’t know enough about college, though, was that a liberal-arts school like Dickinson was not the place to major in chemistry [then]. That’s the mistake part.

But I applied, was accepted and enrolled. Chemistry professors Ernest A. Vuilleumier, Horace Rogers ’24 and David Gleim were wonderful teachers, and I graduated with honors. I was immediately hired by DuPont—a dream job, at a salary that I later learned was more than my father had ever earned in his entire life. It was also the opportunity to meet my future husband, a Lebanon Valley College (LVC) graduate who had been working for DuPont for three years.

Hard to see why anyone could call this a mistake. I had pulled it off: good job, good soul mate.

It was the liberal-arts factor that made it both a drawback and an advantage. At the time, I didn’t really have enough, or the kind of, chemistry courses I’d have needed to become a top-notch chemist. But because of Dickinson’s course-distribution requirements (and also because all my friends were English majors, and I wanted to be able to talk to them), I took some—a good many, in fact—English courses.

Fast forward a couple years. I married the LVC guy, he was drafted, put in the U.S. Army’s Chemical Corps and sent to a nerve-gas testing facility in Utah. I followed him there, thinking that I could get a job on the site.

“Oh, I’m sorry, Mrs. Nagle,” the personnel person said when I applied. “We have all the chemists we need.” Actually, they had a lot more than they needed, to the point where there were Ph.D.’s washing glassware in the laboratory. This was just after the Korean War, during which all scientists had been deferred. Now they were being rounded up and put in uniform. “Instead,” he continued, “how would you like to be a writer?”

Hmm. Sounded like indoor work: no heavy lifting and no burning acid holes in my clothes (or in my skin). I took the technical writer position to work on test reports and proposals, and I have been writing ever since.

Those English courses paid off. I did public-relations work for a number of years, writing press releases and newsletters for a racially troubled school district. Then I got back into technical writing.

My background gave me two distinct advantages: I knew how to organize my thoughts on paper, and the technical stuff didn’t scare me (as it did many English majors). I made myself a career as a writer, one that was very satisfying. It also has paid off in retirement. When my last employer, Westinghouse, offered me a golden (or at least bright yellow) parachute, I hesitated, wondering what I could find to do as a retiree. The answer appeared in the form of an offer to write a book.

The IEEE (Institute of Electrical and Electronics Engineers), for whom I’d edited an archival journal, offered me a book contract. Handbook for Preparing Engineering Documents, a total brain dump of all I’d learned over the years, was the result, and it also did well.

I’m still writing. Now living in a retirement home in northern Virginia, I publish a biweekly newsletter for residents and the occasional brochure. It turns out that people with the skill and inclination for writing are popular in the volunteer world.

None of this would have happened if I’d gone to, say, MIT. Sometimes it’s the mistakes that put us on the right track. (Didn’t Robert Frost say something about that?)