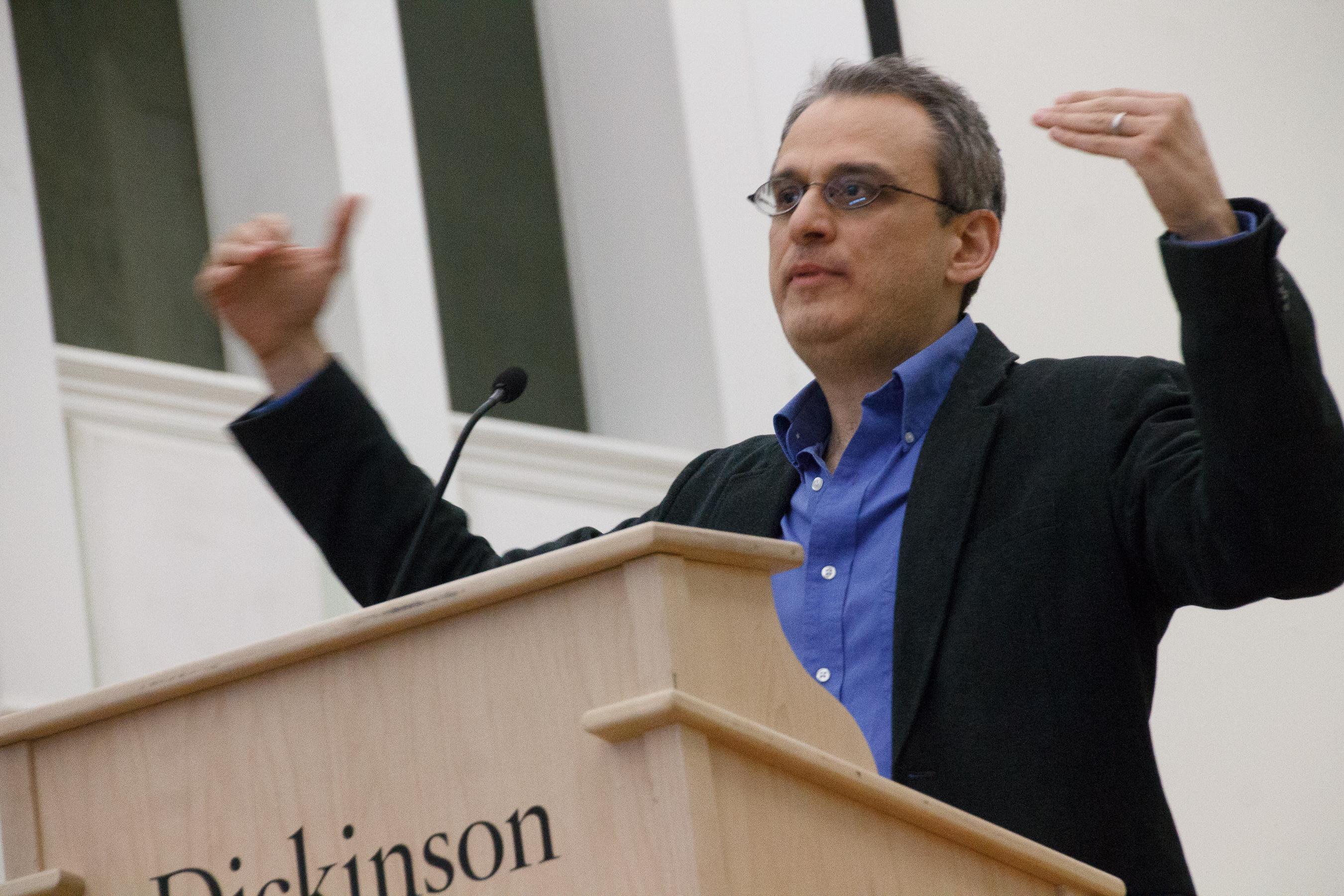 Dickinson will be the first stop on a multi-campus book and lecture tour by Bill Deresiewicz, author of the forthcoming book, Excellent Sheep: The Miseducation of the American Elite and the Way to a Meaningful Life, on Thursday, April 24, at 7 p.m. in Allison Hall, 99 Mooreland Avenue. The event, which is planned and sponsored by the Student Senate Public Affairs Committee, is free and open to the public.

In the book, which will be released Aug. 19, Deresiewicz argues that students are losing the ability to think in innovative ways as schools shift focus from the humanities to “practical” subjects like economics and computer science. In an advanced review, Fareed Zakaria, editor-at-large of Time magazine, called the book a “passionate, searing critique of the way we are educating our young” that should “spark a great debate on America’s campuses and beyond.”

Deresiewicz, a former Yale University professor and member of Yale’s admissions committee, is the author of A Jane Austen Education: How Six Novels Taught Me About Love, Friendship, and the Things That Really Matter, which is under development as a television series. He is a contributing writer for The Nation and a contributing editor for The New Republic and The American Scholar. His essays and reviews also have appeared in The New York Times, The Atlantic, The Chronicle of Higher Education, The New Yorker and The London Review of Books. His work has been translated into 15 languages and has been anthologized in Best American Nonrequired Reading 2011 and The Digital Divide: Writings For and Against Facebook, YouTube, Texting, and the Age of Social Networking.

Deresiewicz received the 2013 Hiett Prize in the Humanities from The Dallas Institute of Humanities and Culture. He was nominated for National Magazine Awards in 2008, 2009 and 2011, and he won the National Book Critics Circle’s Nona Balakian Citation for Excellence in Reviewing for 2012, having been a finalist on three previous occasions.

While at Dickinson, Deresiewicz will meet with several student and administrative groups to discuss the liberal arts, entrepreneurship and technology. Other stops on Deresiewicz’s book and lecture tour include Yale, Harvard and New York universities. For more information call 717-245-1289 or e-mail media@dickinson.edu.