The impact of endowed gifts can be seen in every corner of campus. Academic programs, endowed faculty chairs, research, scholarships and financial aid — all of these crucial aspects of the Dickinson experience depend on the more than $17 million the endowment provides to the college’s operations each year (FIGURE 1). 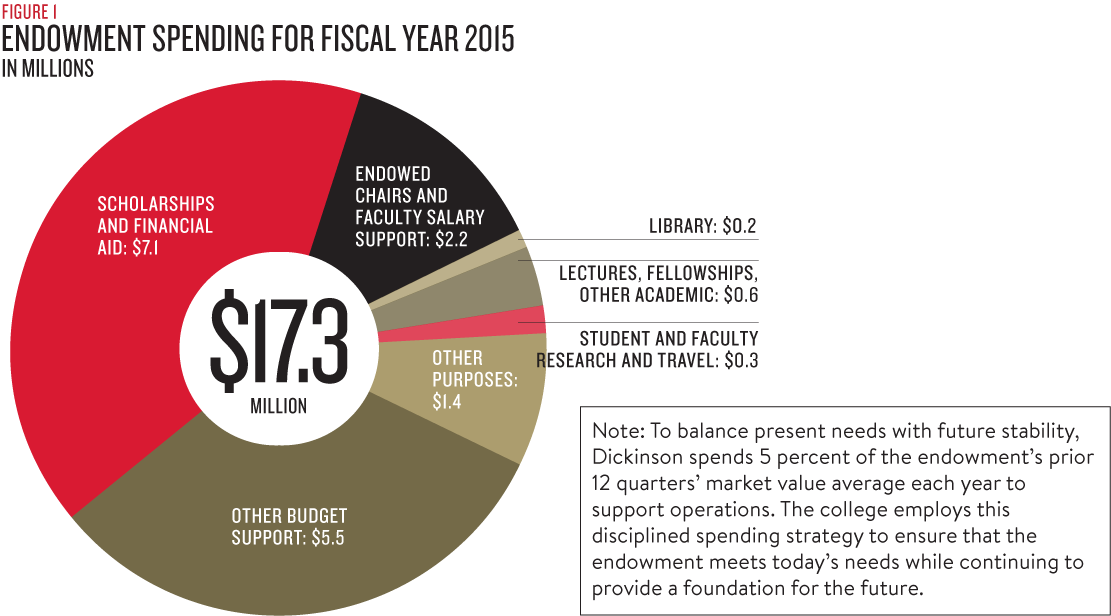 For the last decade, Dickinson’s pooled endowment has outperformed the S&P 500 (FIGURE 3) and the college’s strategic target of spending plus inflation (our 5 percent spending plus the Consumer Price Index plus 1 percent), a key benchmark for maintaining intergenerational equity. Those impressive returns have consistently placed the pooled endowment’s performance returns in the top 10 percent of the institutions tracked by the National Association of College and University Business Officers (NACUBO)/Commonfund Study of Endowments. 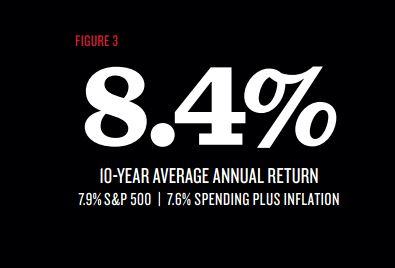 ENDOWMENT GROWTH
Thanks to generous donors and sound financial management, Dickinson’s endowment has risen steadily throughout the last decade. As you can see in the chart on the previous page (FIGURE 2), the endowment has managed this growth despite facing turbulent years for the market, like 2009. The college’s longterm growth strategy allows the endowment to rebound from years such as 2009 and to continue to grow to meet Dickinson’s needs.

Despite its high rate of return and impressive growth during the past decade, Dickinson’s endowment still lags behind the endowments at many of the college’s peer and aspirant institutions. Many of the colleges and universities with whom we compete for students can spend more of their endowment per year on each of their students (FIGURE 4).

Dickinson can take pride in the way it has been able to “do more with less” and compete with these wealthier institutions. However, changing demographics, a rising need for scholarships and new fields of study will only make increasing demands on our endowment in the coming years. The best way to meet these demands is through increased philanthropy— through the vision and generosity of donors who believe in Dickinson and remain committed to helping the college build a foundation for the future. 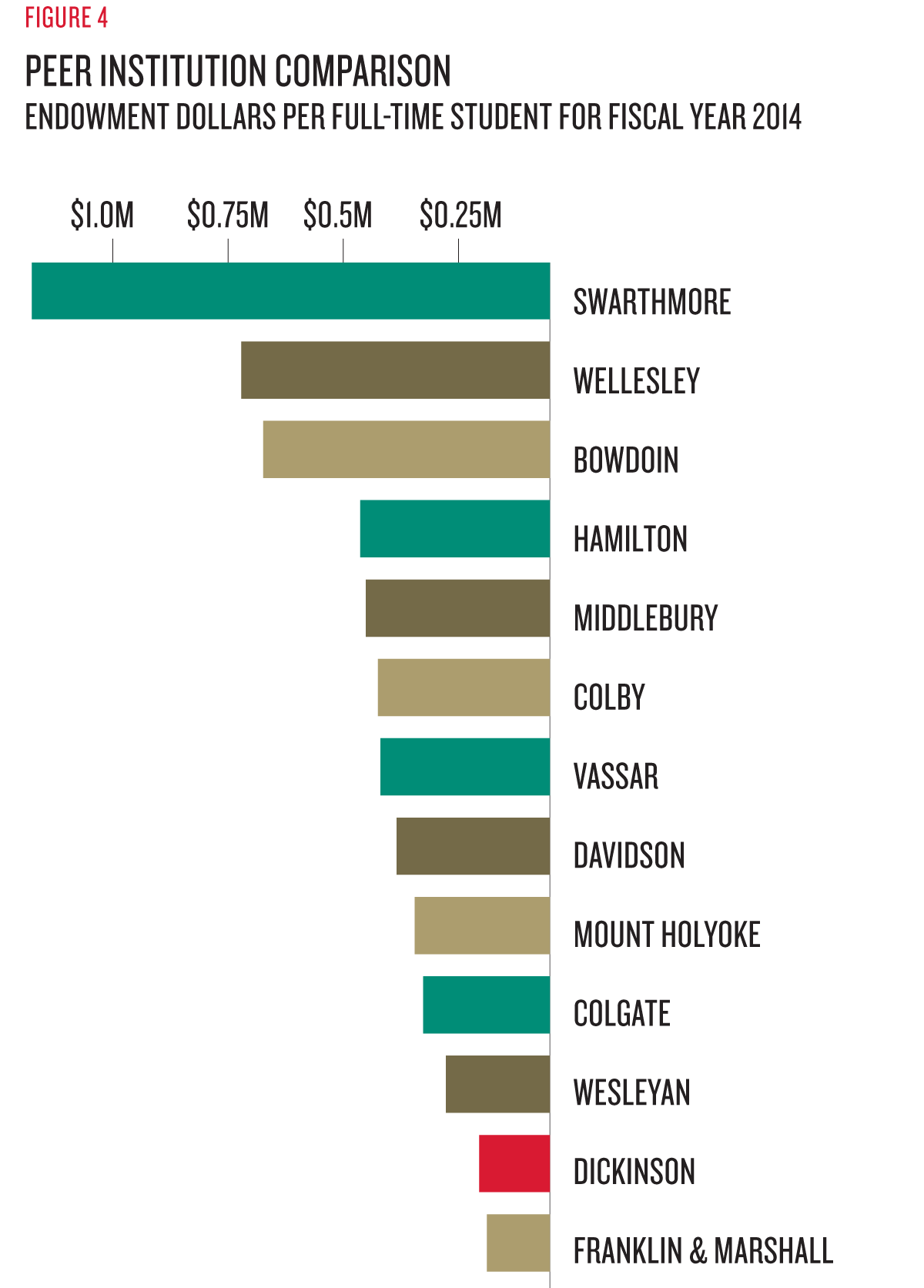