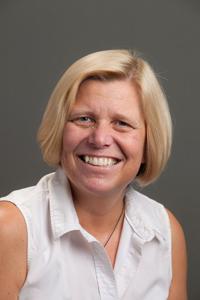 by Marie Helweg-Larsen, professor of psychology

People react with strong emotions instead of reasoned analysis to infectious disease threats such as Ebola. This emotional overreaction is understandable because Ebola has characteristics that generally make people react with fear: Ebola is new and unfamiliar; it seems uncontrollable or invisible; it has severe consequences but is low in probability; it is associated with fear and dread; and it has immediate negative consequences. All of these factors make people more likely to think that they could personally get Ebola.

This increased perception of personal risk in turn leads to increased worry and calls for actions that may or may not actually help protect the public. Thus, the reaction to Ebola matches what we would expect based on thousands of studies of how people think and feel about their personal risks and the consequences of those risk beliefs.

Experts are essential because people are not good at estimating their own risk or understanding the broader consequences of interventions. It is important that experts—including government agencies such as the Centers for Disease Control and Prevention—are viewed as trustworthy. But trust is hard to earn and easily lost, especially as missteps in handling the Ebola crisis inevitably occurred. In addition, the intense Ebola media coverage unnecessarily increased worry, exaggerated the scope of the crisis and undermined experts by providing misinformation.

In the future, formal guidelines or laws protecting people from Ebola must consider people’s risk perceptions as well as their reactions to interventions such as taking the temperature of all airline passengers, requiring quarantines or instituting travel bans. Passing laws creating ineffective but wanted precautions—called “theatrics of security”—can help reassure the public but can also change behaviors in unexpected or undesirable ways. An example of this is when returning health care workers avoid airports in states with quarantine laws. More effort should be spent on understanding the psychology of risk perception and the behavioral response of individuals to infectious-disease outbreaks.