An Outbreak of Disproportionate Proportions 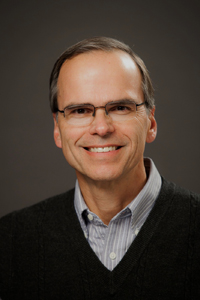 by John Henson, Charles A. Dana Professor of Biology

Viruses are unpredictable. Ebola experts are the first to admit that the current outbreak took virtually everyone by surprise and that the local and global response was very slow. Almost no one foresaw that a virus that typically burned through small-scale outbreaks in remote areas of Central Africa would break out in the more populated and interconnected West Africa. We currently are experiencing the longest sustained human transmission of the Ebola virus in history, and it is difficult to predict the end point. The Central African outbreaks have tended to be self-limiting; however, this has not proven to be the case so far in West Africa.

A small epidemic of a highly virulent pathogen can have a disproportionally large global impact. In terms of absolute numbers of cases and deaths, the Ebola outbreak remains relatively small. For example, roughly 4,000 people die every day from HIV/AIDS worldwide, whereas the Ebola outbreak has killed some 10,000 (assuming significant under-reporting) over approximately 12 months. Despite these low numbers, the impact of the epidemic on medical infrastructure and on society in general has been enormous in the effected countries and has had major ripple effects worldwide. The Ebola experience does not bode well for what might happen in the face of an outbreak of a highly virulent and contagious virus such as a mutant form of avian influenza H5N1.

Outbreak containment is extremely hard work. The difficult task of containing the Ebola outbreak comes down to old-school public-health measures such as quarantine, contact tracing and educating the public. These are hard things to do even in an age of the Internet, GPS and cell phones. The Ebola crisis has highlighted the public-health infrastructure weaknesses that exist in both the developing and the developed world.