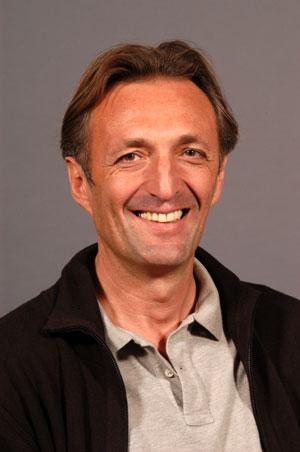 His current research focuses on the representation of landscape in Italian literature and society. Other interests include: diasporic and Italian American studies, theories of modern allegory and symbol, and simulation in modern and postmodern literature.

ITAL 101 Elementary Italian
Intensive study of the fundamentals of Italian grammar, with a view to developing reading, writing, speaking, and understanding skills. Laboratory and other audiovisual techniques are used. Cultural elements are stressed as a context for the assimilation of the language.

ITAL 331 Ideas of Italy
In this course we study how Italian political thinkers, writers and intellectuals in different historical periods have constructed their own “idea” of Italy. We will analyze authors such as Niccolò Machiavelli, the forefather of modern political science, and Antonio Gramsci, an Italian philosopher and founder of the largest communist party in Western Europe. We also examine the role that film and literature played in the formation of a national consciousness, through selected readings by authors and directors such as Alessandro Manzoni, Gabriele D’Annunzio, Oriana Fallaci, Luchino Visconti and others. This course is taught in Italian. Prerequisites: 231 and 232, or permission of the instructor. Offered every two years.

ITAL 400 Ital Trav, Sett, Miss in S Am
Undergraduate courses in the US tend to focus almost exclusively on the impact of the Italian migration to North America. This course aims at filling this gap by exploring the Italian presence in the southern part of the continent, which had a considerable influence of the formation of several Latin American nations, including Uruguay, Argentina and others. We will analyze historical accounts, sociological studies, memoirs and films illustrating this migratory phenomenon from the 19th through the 20th century.