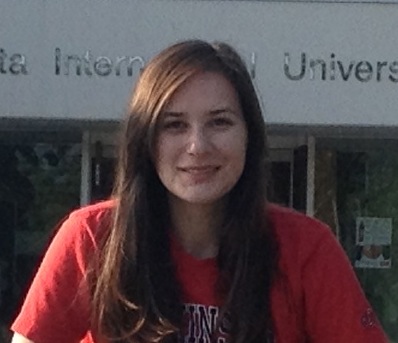 As an International Business and Management and East Asian Studies double major, Akita International University was able to provide me with a study abroad experience that perfectly coincided with my academic interests! The small school environment allowed for constant interaction with the full-time students as well as the other exchange students. I was welcomed with open arms and fully accepted as a member of the AIU family. The integration of the exchange students and full-time students allows for an immense amount of language exchange. I do not believe I would have been able to improve as much as I have in my second language, Japanese, anywhere else. As a Posse Scholar from Los Angeles, this experience has allowed me to see diversity from a global perspective. I was welcomed not only by the AIU community but also by the local Akita community. AIU fosters year round interaction between the student body and the local community to allow for greater understanding and a greater appreciation for the people of Japan. I also studied at Yonsei University in Seoul, South Korea.

The first time I went to Japan was last summer with a Dickinson program, Seismic Japan, where we studied not only the geological conditions that make Japan prone o earthquakes (and other natural disasters), but also the influence that natural disasters has had, and still has, on the Japanese culture and people.

I later went on to study abroad at Akita International University (AIU) in Akita for one year, one of two Japanese programs offered at Dickinson. While studying at AIU I joined the Kanto (竿燈）club, a 200-year old tradition in Akita where performers balance long, 50kg bamboo poles with paper lanterns attached at the top on their bodies. The festival, and the Kanto pole, actually represents a prayer for a good rice harvest in Akita, and is one of the biggest attractions in the Tohoku region. I was given the opportunity to be part of the festival when I joined the club, and it was one the best experiences I could ever ask for. I also joined the volleyball club and participated in tournaments throughout Akita.

At AIU I lived on a dorm, and my roommate was Japanese which gave me the opportunity to make more Japanese friends and helped me to further develop my Japanese speaking ability. Being able to use the language everyday mae my experience in Japan much more meaningful. I took various Japanese courses, and was able to take a seminar with Japanese students on Japanese society. My favorite academic experience in that class was being able to travel around Akita and interview various elderly people to get their perspective on living in the countryside and their opinions on the decreasing birthrate and aging population in Japan. I also took traditional art classes such as calligraphy.

Being in Japan for one year helped me grow as I learned more about myself, and about what makes me happy. I was able to find what I was passionate about, which is invaluable and something that I would never trade for the world. 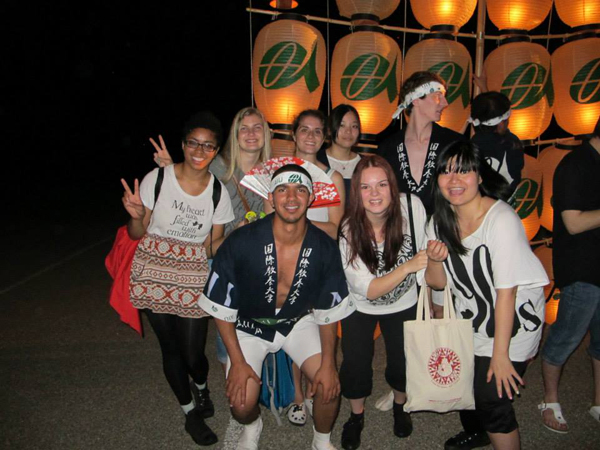