In addition to Spanish, excerpts were read in several other languages.

Schedule of the Day:

Watch a video of some of the readings 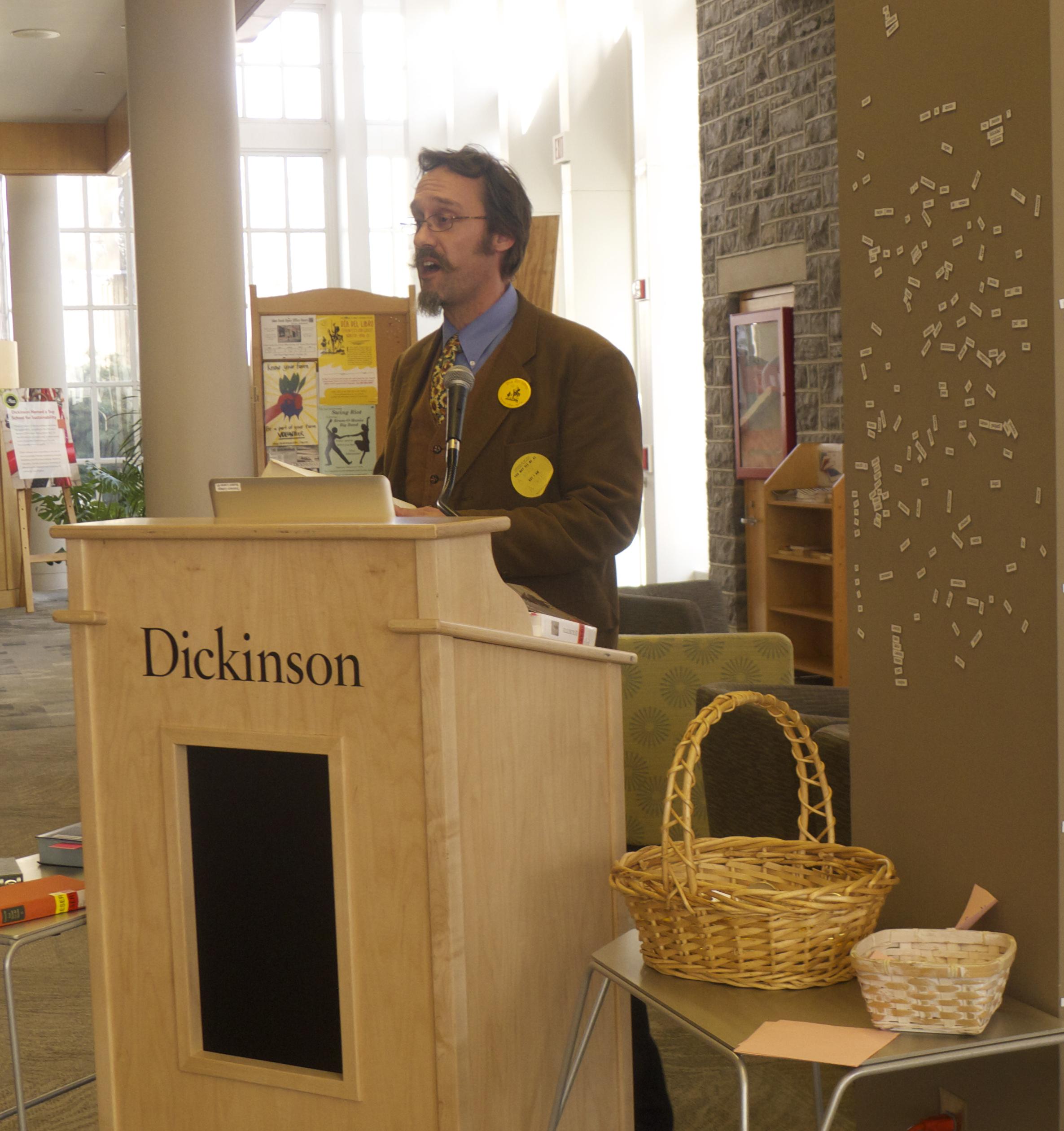 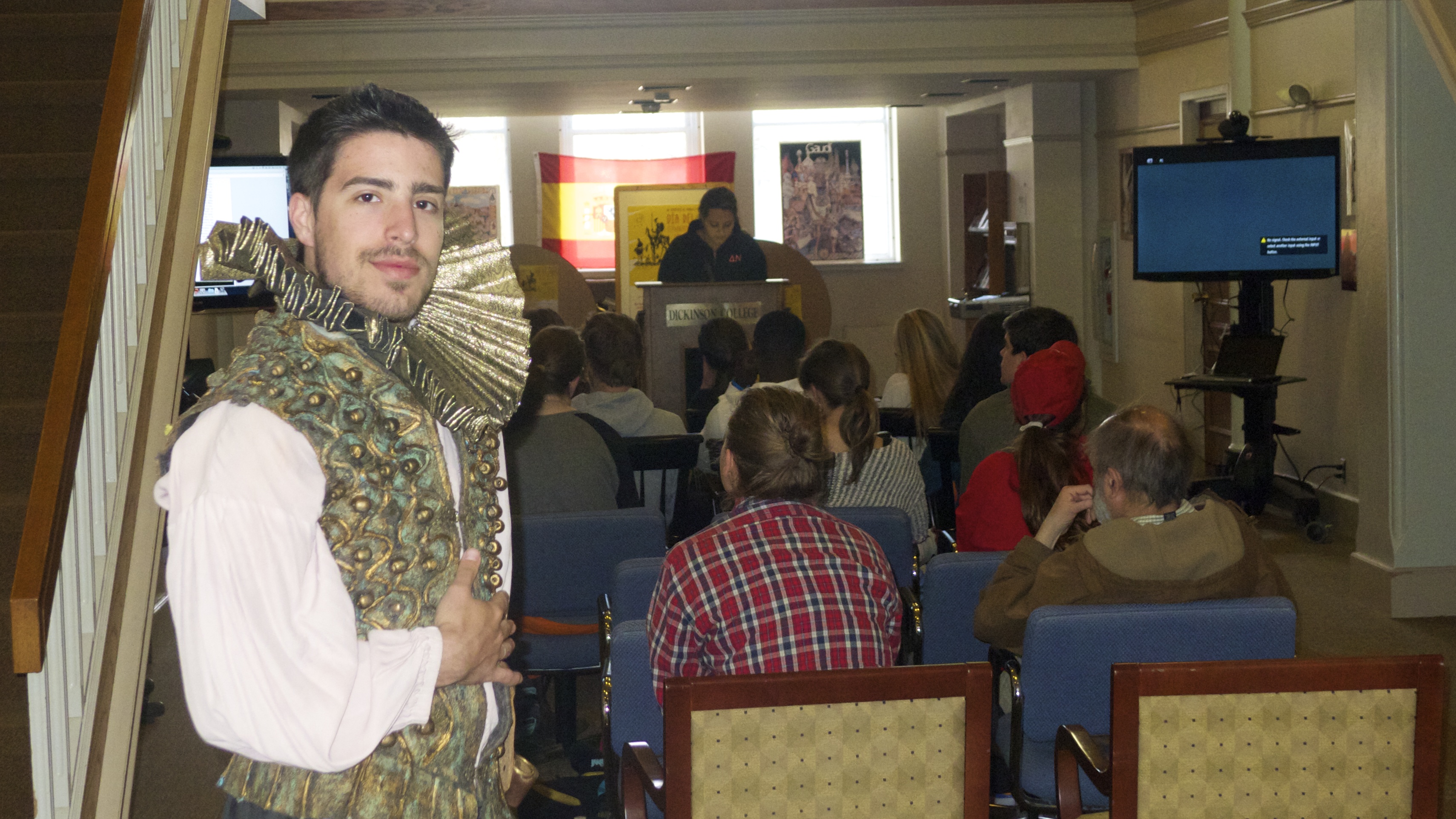 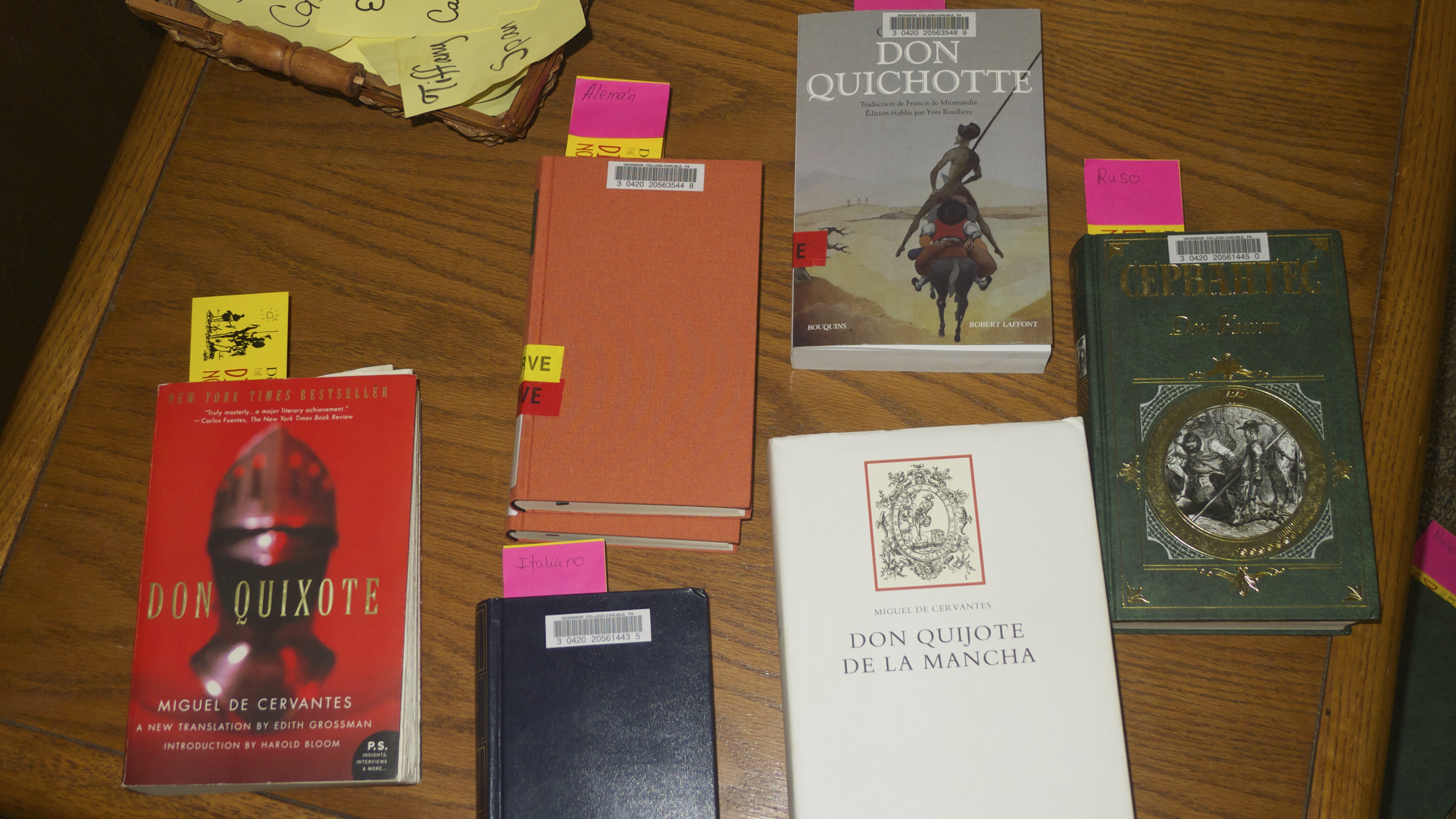 A few of the many Cervantes's Don Quixote translations. 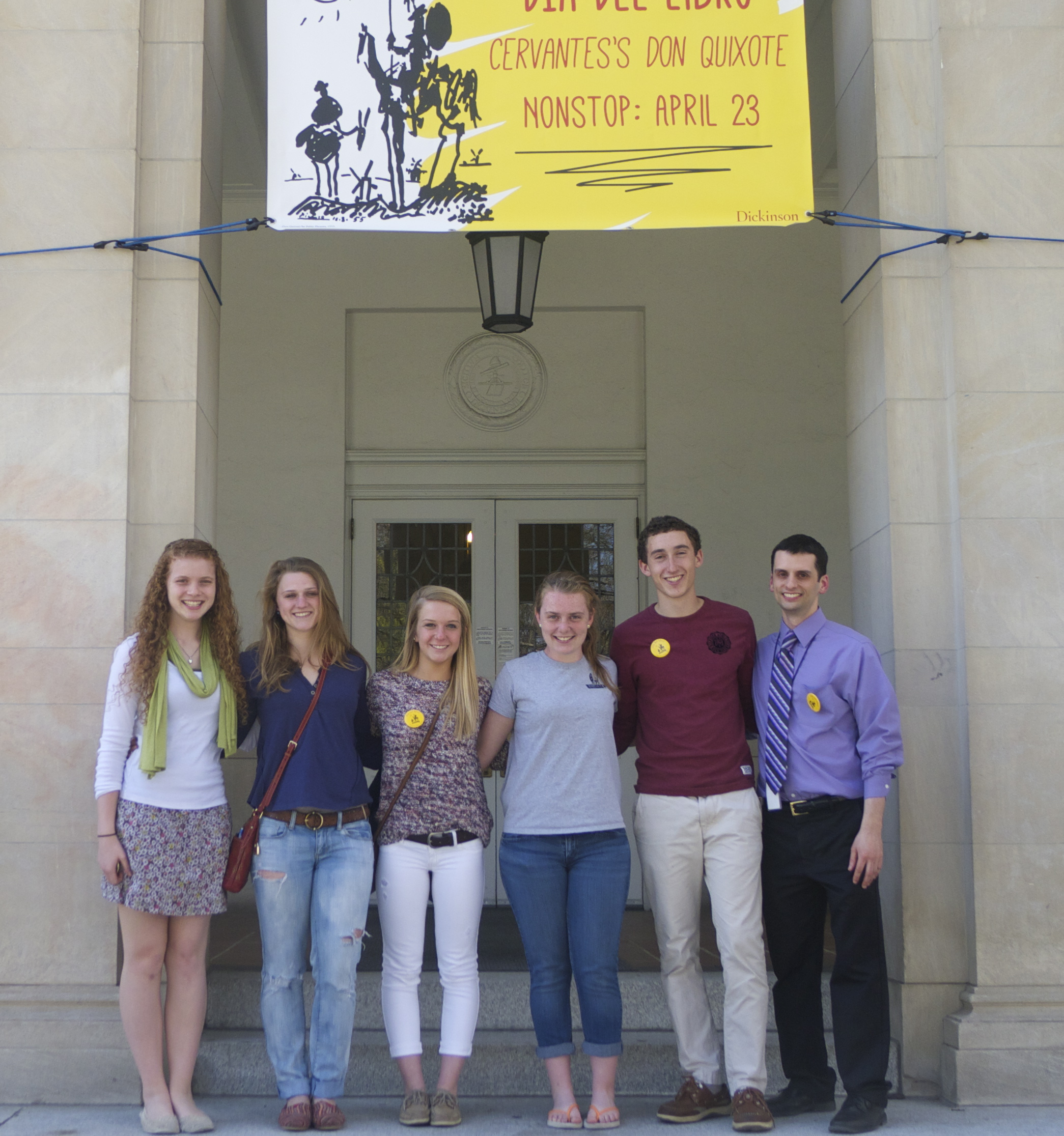 Michael Bogdan '05, a Spanish teacher at Boiling Springs High School, stands with some of his students who read in the Don Quixote readathon. 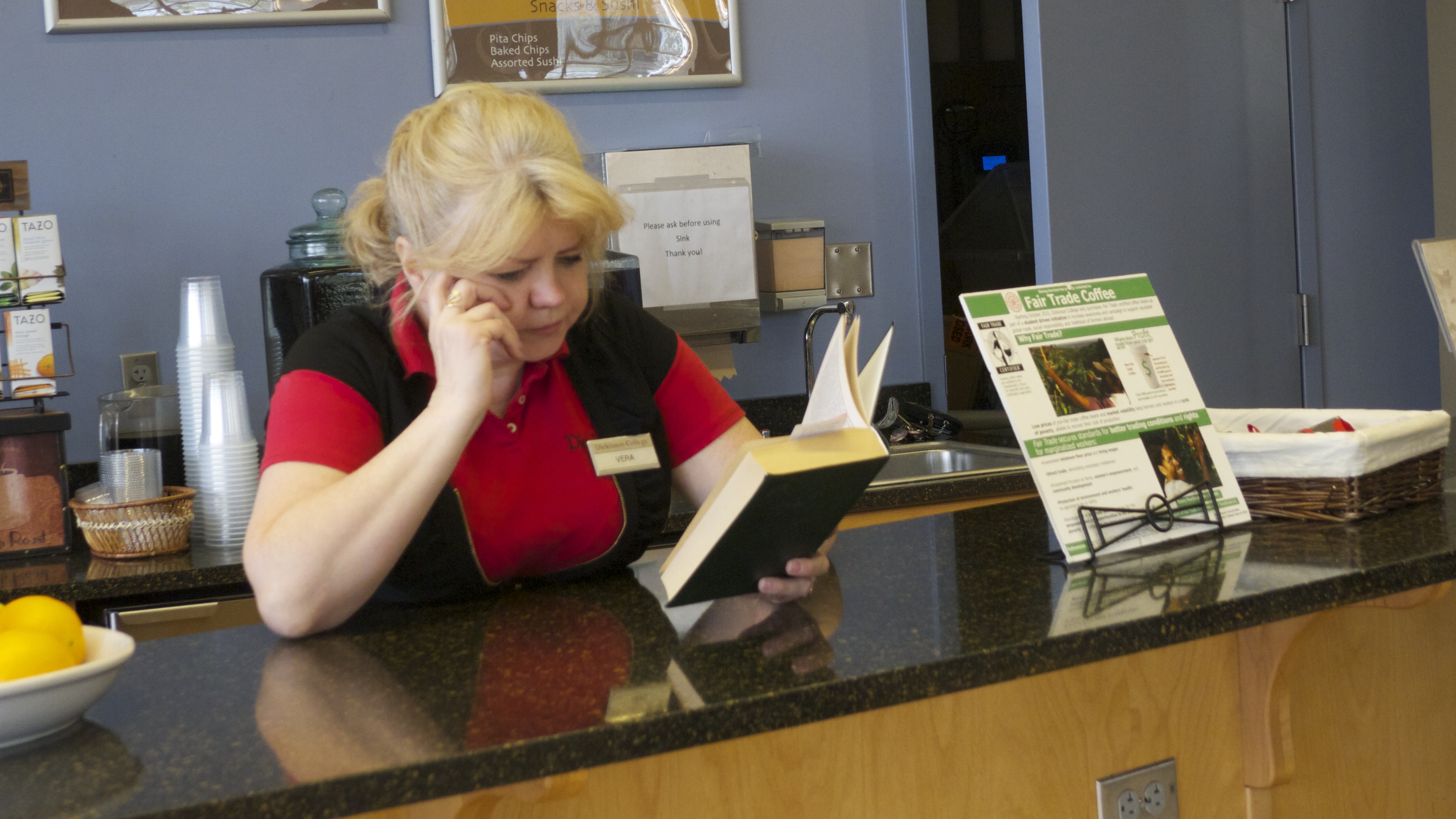 A Dining Services employee brushes up on her Russian Don Quixote at the Biblio Café.