From March 25 - 30, Dr. Dominic Rubin of the Higher School of Economics (Moscow) and Dickinson-in-Moscow instructor visited campus. During his week at Dickinson he met with students from the Russian Department and Judaic Studies, taught guest classes, and led a Global Education roundtable discussion on the role of religion in contemporary Russian politics.

“It was an interesting glimpse into the long-standing cultural ties between Jews and Russia that I had never considered before.” -Alex Delp 15

“I really enjoyed the lecture and enjoyed hearing what Dr. Rubin had to say about the philosophy behind the search for a Third Testament in Russia. What I found most captivating about the lecture was the idea that both Jews and Russians are people of the desert and how both groups discover nihilistic anti-materialistic truth in their respective deserts, which are intersected. It was also very thought-provoking to consider Dostoevsky as a Jewish writer. This was hands-down one of the best lectures offered by the Russian Department that I've gone to so far.” -Kirsten Brents 14 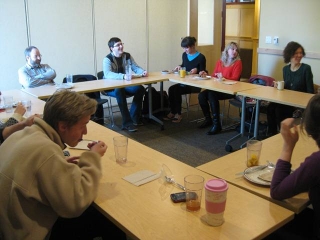 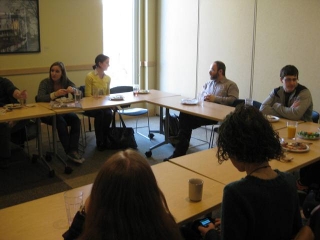 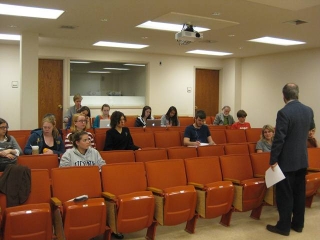 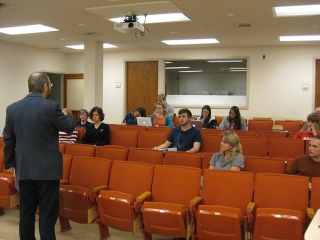 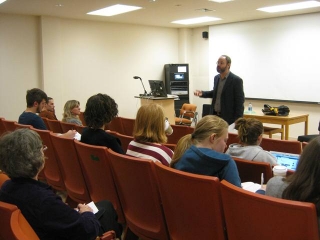 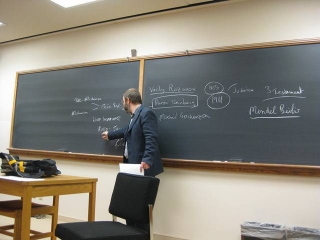