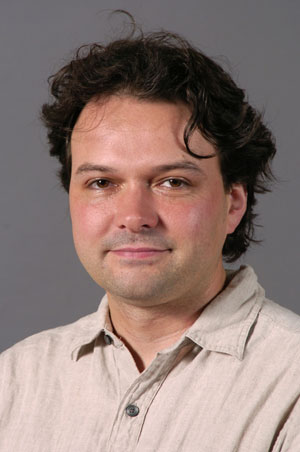 His teaching and research activities are mainly in Middle East politics, comparative politics and international relations. He contributes to Middle East Studies and Security Studies. He has particular interests in the interaction of religions and politics and the politics of education, as well as authoritarianism and empire. His interest in pedagogical applications of new technologies, including simulations, games, and social media, has led to him being appointed to the Advisory Board of the National Institute for Technology in Liberal Education. A former diplomat, he has lived and worked in the Middle East and Europe. Recent publications: Professor Webb contributed a chapter on “Totalitarianism and Authoritarianism” to 21st Century Political Science: A Reference Handbook, edited by Ishiyama & Breuning (2011) and a chapter, “Should the Daleks Be Exterminated?” (with Mark Wardecker) to Doctor Who and Philosophy, edited by Smithka & Lewis (2010). His article “Engaging Students with Engaging Tools” was published in Educause Quarterly in 2009.

ITAL 101 Elementary Italian
Intensive study of the fundamentals of Italian grammar, with a view to developing reading, writing, speaking, and understanding skills. Laboratory and other audiovisual techniques are used. Cultural elements are stressed as a context for the assimilation of the language.

ARTH 205 Reading Bologna & Italy
An intermediate-level study of selected topics in the history of art and architecture. Prerequisites: prerequisites as appropriate to topic.

ITAL 232 Reading/Performing Ital Texts
Designed to increase student's comprehension and command of spoken Italian, this course is also an initiation in everyday verbal transactions and cultural communication prevalent in contemporary Italy. Phonetics, oral comprehension, and verbal production are practiced through exposure to authentic documents usually of a non-literary nature, such as television news programs, documentaries, commercial advertisements, and excerpts from films. Two and a half hours classroom and one hour laboratory per week. Prerequisite: 201 or the equivalent.

INST 290 Mediterranean Politics
Special topics not usually studied in depth in course offerings are examined. Prerequisite dependent upon topic. This course is cross-listed as POSC 290 when the topic is "Transatlantic Relations."

POSC 290 Mediterranean Politics
Topics not normally studied in depth in the regular offerings are analyzed in these special topics courses. Recent offerings have included: Contemporary Political Ideologies, Mexican Politics, Political Thought of the Enlightenment, Politics in Fiction, Separation of Powers, The Bill of Rights, and Italian Politics. Prerequisite for 290 is dependent upon topic.