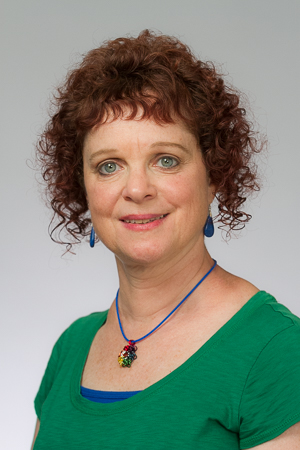 For years, the Samet research group has been using the "matrix isolation" technique - the freezing of molecules in an inert gas at close to absolute zero - to study hydrogen bonding. Specifically, nonconventional hydrogen bond linkages such as C-H---N, C-H---O, and C-H---pi have been the focus of published work. Recently, the team pioneered a new technique called Polymer Soft Landing Isolation, which is a twist on the standard matrix isolation technique. In particular, molecules are now deposited onto a polymer surface, rather than a clean surface, so that hydrogen bonding throughout the polymer may be studied. This new technique, which is unique to Samet's laboratory at Dickinson, allows for the probing of the self-assembly process and the building of nanostructures, which has brought her traditional matrix isolation research into the realm of nanotechnology. Outside of the research laboratory, she studies the chemistry of certain illnesses that the conventional medical system struggles with, such as vitamin B12 deficiency, gluten-related problems, and thyroid disease. At the advanced level, she teaches in the area of physical chemistry that involves quantum mechanics and spectroscopy, and also inorganic chemistry. Her scholarly pursuits in the field of chemical education include studying the role of chemistry in history, and incorporating both nanotechnology and lasers into the undergraduate curriculum.

CHEM 131 General Chemistry I with Lab
The first semester of intro chemistry for students majoring in the physical and biological sciences, who have completed one year of HS chemistry but do not place into Chemistry 141. Core principles and applications of chemistry will be covered that will aid students in understanding "Why Chemistry Matters" regardless of discipline. Topics will include: atomic and molecular structure (Lewis, VSEPR), stoichiometry, gas laws, energy and chemical reactions, periodicity, and solubility and intermolecular forces. Three hours of classroom and three hours of laboratory per week.

CHEM 341 Quantum Chem & Spectroscopy
Examines how the Quantum Theory, and in particular the Schrödinger Equation, makes possible the determination of translational, rotational, and vibrational energies of molecules, and how spectroscopy experimentally determines the energy and hence structure of atoms and molecules. Three hours classroom per week. Prerequisites: 132 or 141, MATH 171 and PHYS 141 or 131, or permission of the instructor. NOTE: PHYS 141 or 131 may be taken concurrently with CHEM 341.