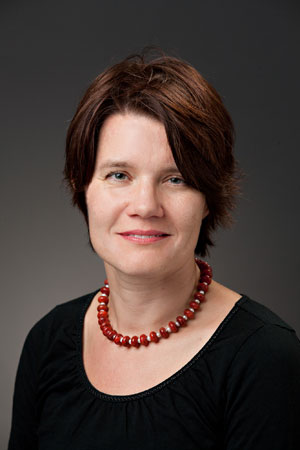 Antje Pfannkuchen is a researcher in German media studies, literature and cultural history. Her work is concerned with connections between (media)technology, science, literature and art, especially in the 18th and early 19th centuries. Most recently she co-edited "The Technological Introject," a volume engaging the ideas of Friedrich Kittler, mastermind of German media theory. She has also published on German Enlightenment poet and scientist Georg Christoph Lichtenberg, on Romantic physicist Johann Wilhelm Ritter and on Ezra Pound's interests in 19th century German science. Her current book project investigates the correlations of the history of electricity, German early Romanticism and the invention of photography. Courses she has taught include German Media Cultures, German Film, German Stories - classical and digital, Goethe Forever!, The Two Germanies, German Romanticism, German-Jewish Culture and all levels of German language.

GRMN 101 German in Everyday Life
This course is an introduction to the German language and culture of daily life. It focuses on the acquisition of language skills, such as speaking, reading, writing, and listening and does so while also learning about aspects of every-day cultures in German-speaking countries. Classes are small and emphasize communication. After successfully completing German 101 and 102, students are expected to have reached a basic level of intercultural and cross-cultural competence, that is, to be able to communicate with members of German-speaking cultures with an awareness of differences in language and culture.

GRMN 251 German Stories
This course explores German stories in a multitude of ways. We will read classic German tales, novellas and short stories, and simultaneously explore different media of storytelling. Adaptations as well as original productions for radio, film, TV, and new digital media will be analyzed as a basis for trying our own hand at creating digital stories -- from blog entries to audio- and video-podcasts -- in German.