Academic Director of the Durden Dickinson Program in Bremen, Germany (2015) 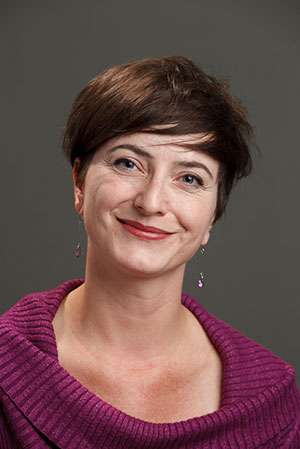 Ludwig is a literary scholar, also Vice Head of the Institute for Cultural German Studies (ifkud), and Chairwoman of the International Heiner Müller Society. Ludwig studied Contemporary German Literature, Philosophy, and Theater Studies/Cultural Communication. She is an expert on East German and post-war literature, but also an academic all-rounder. Aside from numerous articles, she has published two books on Heiner Müller (“Ikone West” and “Macht und Ohnmacht des Schreibens”) and, tog. with Mirjam Meuser, two edited volumes on post-GDR literature: “Literatur ohne Land?” Dr. Ludwig regularly teaches at the Departments of Cultural and German Studies at Uni Bremen, e.g. seminars on German-American cultural history and relations, including German immigration.

GRMN 251 Germany and the Cold War
Part of the Globally Integrated Semester in Germany.This seminar covers the history of Germany throughout the 20th century. However, it is not a historic course in the strict sense, but has a cultural studies approach and pays attention to ideas, ideologies, value systems and political-intellectual movements: We try to understand how people have seen and felt about their time and the future and ask questions such as: What did they think about modernity, about their government; were they looking forward to the future or were they afraid of it? In a side aspect, we occasionally examine the images of America that Germans produced at different times. In a brief introduction, World War I, the Weimar Republic and the Third Reich are touched upon as developments that ultimately led to the Cold War. Then the division of Germany, Europe and the world into East and West is discussed, and finally the revolution of 1989, which contributed to the fall of the Soviet Union and led to German reunification as well as the eastward expansion of the European Union.