Professor of Physics and Astronomy (2001) 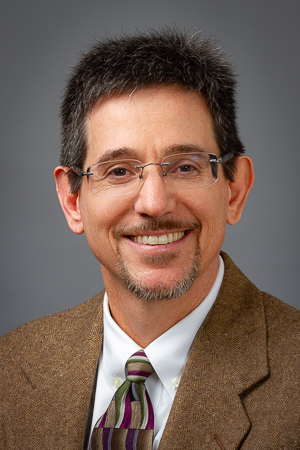 Dr. Jackson did his graduate work in pattern formation and non-linear dynamics, focusing mainly on interfacial instabilities of magnetic fluids in applied magnetic fields. In addition to continuing this work, he has an avid interest in physics education, and co-authored a textbook for non-science students titled, "Explorations in Physics." As part of a recent curricular reform effort, Dr. Jackson co-developed a series of single-photon quantum mechanics experiments for use at Dickinson, and is now working to incorporate computation as a core part of the physics program. He is also collaborating with Cengage Learning to develop a series of Interactive Video Vignettes for use in introductory physics classes. Dr. Jackson has received numerous external grants to support his work. Additionally, along with colleagues Priscilla W. Laws and Scott V. Franklin, he received the first Science Prize for Inquiry-Based Instruction in 2012 from Science magazine. He was editor-in-chief of the American Journal of Physics from 2011-2017 and currently acts as the journal's video abstracts editor. Dr. Jackson is a 2018 recipient of the Homer L. Dodge Citation for Distinguished Service to the American Association of Physics Teachers (AAPT), and was awarded the Association's 2019 David Halliday and Robert Resnick Award for Excellence in Undergraduate Physics Teaching.

PHYS 141 Physics for the Life Sciences
Introductory, non-calculus physics, principally for life science and pre-med students. Topics include mechanics, fluid dynamics, thermodynamics. Three one-hour lectures and one three-hour lab per week. Because of the similarity in course content, students will not receive graduation credit for both 131 and 141.

PHYS 311 Dynamics & Chaos
An advanced treatment of classical mechanics using vector calculus and the calculus of variations, as well as an introduction to the analysis of chaotic systems. Topics will include: the dynamics of systems of particles and conservation laws; linear and nonlinear oscillators; iterative maps and the route to chaos; central force motion; rigid body motion; non-inertial reference frames and fictitious forces; Lagrangian and Hamiltonian formulations of dynamics. The course will also focus heavily on analytical and problem-solving techniques. Prerequisite: 211 and 282 or permission of the instructor.