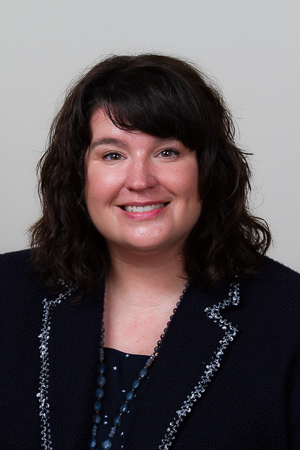 Professor Heard's research and teaching interests are in political theory and American constitutional jurisprudence, with specialized interests in secularism and religious pluralism; theories of democracy, justice, and affect; feminist thought; critical race theory; capital punishment; and equal protection law. Her work crosses disciplinary boundaries in order to illuminate: how the study of political theory can be generative of tangible law and policy recommendations, how bringing an historical eye to contemporary issues can illuminate latent political injuries or social inequalities, and how promoting pedagogical diversity can foster an inclusive and dynamic classroom. Professor Heard's work has been published in the Journal of Law, Culture, and the Humanities as well as an edited volume on transatlantic approaches to the abolition of capital punishment. Her research has been supported by the Berkeley Center for the Study of Religion, the Berkeley Empirical Legal Studies Fellowship, the Mellon Discovery Fellowship at the Townsend Center for the Humanities, and the William K. Coblentz Center for Civil Rights. Prior to her arrival at Dickinson, she was a visiting scholar at the Center for the Study of Law & Society.

LAWP 400 Religious Freedom
In this senior seminar, we examine historical and contemporary examples of the law’s regulation of religion in order to think critically about the values of freedom, liberty, and equality in democratic societies. We will bring a range of classic texts on religion (such as John Locke’s A Letter Concerning Toleration, John Stuart Mill’s On Liberty, and Karl Marx’s “On the Jewish Question”) to bear on watershed legal cases (on such issues as polygamy, religious dress in the workplace, the consumption of spiritual hallucinogens, and faith-based objections to healthcare). In doing so, we will also examine how the democratic tensions illuminated by the aforementioned texts are made manifest in modern culture by interpreting street art, ethnographic accounts of spiritually-driven lives, and popular media. Some of the questions we will explore include: What “counts” as religion in the eyes of the law? How has the relationship between religion and the law been historically understood in the liberal democratic state, and how do these historical understandings account for (or refute the possibility of) religious difference? How might contemporary socio-cultural developments – like the recent refusal of some religious individuals to serve same-sex couples – help us to uncover what assumptions the law makes about the “proper” practice of religion? Can religious freedom and individual liberty truly coexist within a democratic state? Fundamentally, this course critically attends to how the law has served to shape both religious practices and cultural values. As a result, students will emerge from this course with a nuanced understanding of how law and religion are not separate entities, but rather generative of one another.