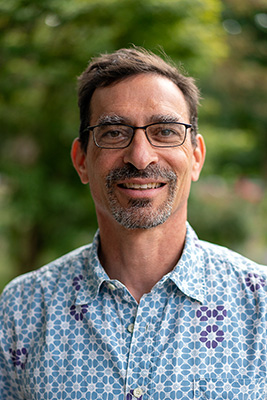 I study how people become programmers and the perspectives, metaphors and models that learners use to turn complex formal languages into personal, productive tools and skills. I also research the use of short stories, novels and film in STEM education.

COMP 130 Introduction to Computing
An introduction to computer science as a scientific discipline. The key elements of computer programming will be introduced, using the Python programming language. This leads to techniques for solving problems and conducting scientific investigations via computation. Core topics include: programming constructs such as conditionals, loops, functions, and parameters; data structures such as arrays and dictionaries; libraries and objects; algorithmic techniques such as recursion; and software engineering techniques such as testing and debugging. Additional topics include social, legal and ethical issues raised by computing and computing for the greater good. Students may not take this course for credit if they have already taken another Dickinson Computer Science course, other than COMP 180. Three hours classroom and two hours laboratory a week. Offered every semester.