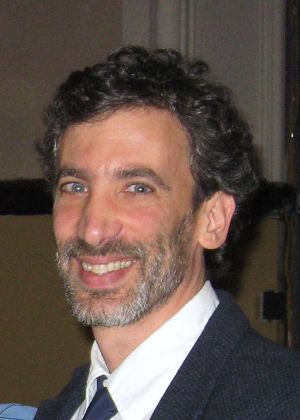 Professor Diamant's research focuses on law and society in Asia (with particular reference to China, Japan, and India), civil-military relations in China, patriotism in comparative perspective, and Chinese constitutionalism. He also teaches courses on Israeli politics and Zionism. Publications: Professor Diamant is the author or co-author of four books: Useful Bullshit: Constitutions in Chinese Politics and Society (Cornell University Press, 2021); (with Martin Crotty and Mark Edele) The Politics of Veteran Benefits in the Twentieth Century: A Comparative History (Cornell University Press, 2020); Embattled Glory: Veterans, Military Families and the Politics of Patriotism in China, 1949-2007 (Rowman & Littlefield, 2009), and Revolutionizing the Family: Politics, Love, and Divorce in Urban and Rural China, 1949-1968 (University of California Press, 2000). He also co-edited Engaging the Law in China: State, Society and Possibilities for Justice (Stanford University Press, 2005). Recent articles include "Conspicuous Silence: Veterans and the Depoliticization of War Memory in China" (Modern Asian Studies, 2011), "Veterans, Organization, and the Politics of Martial Citizenship in China" (Journal of East Asian Studies, 2007), and, with Kevin J. O’Brien, "Veterans' Political Activism in China" (Modern China, 2014) and "Contentious Veterans: China's Ex-Officers Speak Out" (Armed Forces and Society, 2014). His articles on China's 1954 Constitution were published in The China Journal (2015) and Cold War Studies (2018). He has also contributed chapters to a number of edited volumes, including "The Limitations of Martial Citizenship in the People's Republic of China," in Peled, Lewin-Epstein, Mundlak and Cohen's Democratic Citizenship and War (2010); "Why Archives?" in Carlson, Gallagher, Lieberthal, and Manion's Chinese Politics: New Sources, Methods, and Field Strategies (2010); and "Legal Syncretism and Family Change in Urban and Rural China" in Galvan and Sil's, Reconfiguring Institutions across Time and Space: Syncretic Responses to Challenges of Political and Economic Transformation (2007).

EASN 206 China's Foreign Relations
Cross-listed with POSC 290-01.This course examines China's relationship to the major world powers, regions and international organizations. Beginning with a consideration of Chinese traditions of dealing with foreign countries, we will then examine the revolutionary legacy of Mao Zedong and the reorientation of foreign policy under Deng Xiaoping after 1978. The course will focus on the role of ideology, history, culture, interests, and leadership in China's foreign relations.

EASN 206 Politics Env Protection Asia
Cross-listed with POSC 290-02.This course takes a close look at the political, social, and legal issues that affect environmental protection in Asia. Focusing attention on China, Taiwan, Japan, and India, and by drawing upon scholarly literature in political science, sociology, law, and history, the course aims to provide students with a multidisciplinary understanding of the myriad factors, which shape the content of environmental legislation and policies and how these are implemented in society. Does China's authoritarian system give environmental law more "bite"? What roles do NGO play in Asia? Does Confucianism or Hinduism make people more or less inclined to protect the environment? How do Asians deal with the impact of rapid economic growth? In short, we will try to understand the complex interaction between political, legal, and social dimensions of environmental protection in a region that is home to half of the world's population and three of the world's current and future economic powerhouses.

POSC 290 China's Foreign Relations
Cross-listed with EASN 206-01.This course examines China's relationship to the major world powers, regions and international organizations. Beginning with a consideration of Chinese traditions of dealing with foreign countries, we will then examine the revolutionary legacy of Mao Zedong and the reorientation of foreign policy under Deng Xiaoping after 1978. The course will focus on the role of ideology, history, culture, interests, and leadership in China's foreign relations.

POSC 290 Politics Env Protection Asia
Cross-listed with EASN 206-02. Topics not normally studied in depth in the regular offerings are analyzed in these special topics courses. Recent offerings have included: Contemporary Political Ideologies, Mexican Politics, Political Thought of the Enlightenment, Politics in Fiction, Separation of Powers, The Bill of Rights, and Italian Politics. Prerequisite for 290 is dependent upon topic.

POSC 390 Compar Political Corruption
Around the world political corruption has been implicated as a cause of widespread anger at governments, dramatic increases in social inequality, riots, and revolution. After a general introduction focusing on issues of definition and measurement, we will examine the major explanations of political corruption in the social science literature (Is it embedded in culture, a product of distorted markets, “underdevelopment,” or certain regime types?). The heart of the course is a thorough examination of corruption cases in Asia, Latin America, Africa, Russia, and the United States. Finally, we will turn to several countries in which governments have limited the extent of corruption as well as those where such efforts have largely failed. Students will write their seminar paper on a concrete case of corruption in a country of their choosing, with instructor approval.